The Ramallah-based producer, DJ and and performance artist has released another typically elusive track.
by SceneNoise Team 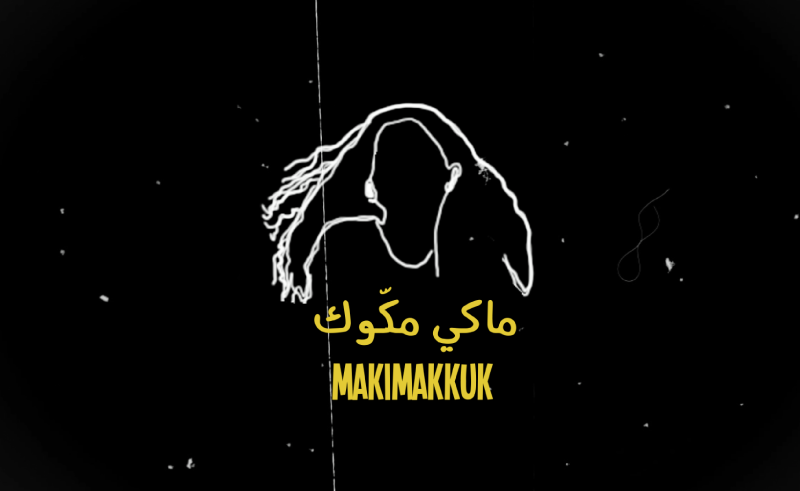 It’s near impossible to nail down the sound and style of Palestine's Makimakkuk. The Ramallah-based artist’s work has taken her to a range of different spaces and soundscapes that’ll have you conjuring up words electronic, ambient, experimental and chillwave, but also even trip-hop or freak-folk.

Her latest release, ‘Someday’, is just as elusive and sees her rap on an uncluttered, synth-swathed track, that at times sounds like some kind of ethereal nursery rhyme. There’s a power and command in the way she delivers her enigmatic lyrics, as she speaks of a hard farewell and loss. "Do you think I will forget you, do you think I will forget you/ Someday someday someday someday," she sings in the chorus. The release is part of a two track EP that features an original version of ‘Someday’ and an extended one. The track has been released alongside a video that serves up suitably vague but viscerally-engaging visuals - though other parts seem completely, subjectively random. Created by Shu'a, it alternates between the artist DJing and miscellaneous imagery that plays to the ebb and flow of the track. Makimakkuk, real name Majdal Nijim, stands as one of the most unique producers in Palestine, thanks to her seemingly unbounded approach to experimenting with elements of different genres. Her unique approach even received recognition in 2018, when she played at Boiler Room Palestine. She was also featured in the 2017 Goethe Institut initiative, ‘Musikraum’, a series of gigs that converted living spaces across the Middle East into temporary performance venues.