The Egyptian producer is back on Balkan Connection with a new one. 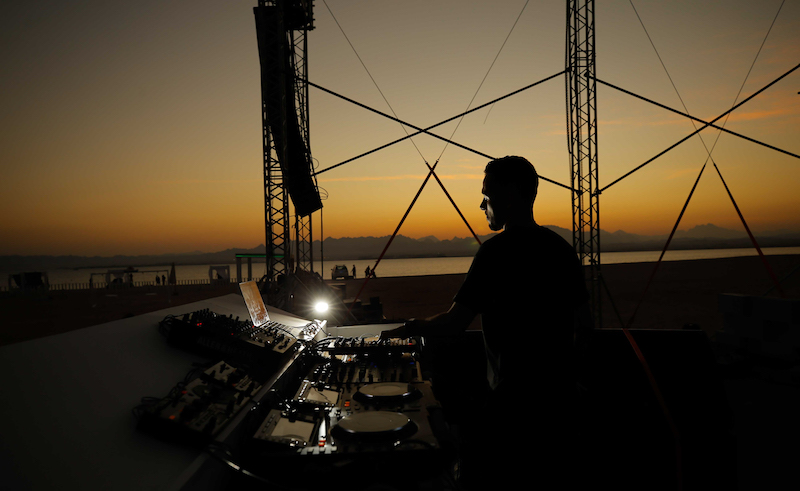 Hazem Beltagui has been known for creating sounds that takes his listeners on a journey for the better part of the last five years. But more than just creating sounds, Hazem includes truly deep and structured emotions in his music, to be experience on his debut EP, Desolation, out on Serbian label Balkan Connection, which sees Hazem dig out his deep house alias Ampish once again.

This marks the second time that the label and the producer work hand in hand. Only three weeks ago, he released a remix of ‘Runaway’ by Sohrab G. with Balkan Connection. The Cairo-based artist has started to publish music under the alias of Ampish since 2016 and promoted tracks such as ‘Lightpipe’ with Tone Depth on Jee Productions or ‘Andhere’ in collaboration with Ashmawy on Mukke since then. The electronic music enthusiast started his career back in 2013 and experienced a rocket-like rise. Only one year later he was voted #121 on the annual DJ Mag poll and played famed venues like the Mandarine Tent in Buenos Aires or Ministry of Sound in London since then.

His latest work includes two originals and two remixes, with a different remix for each track, and features Montreal-based Simply City as well as Indian artist SEQU3L. Following the opening title track, 'Desolation', the seven-minute long remix can be viewed as a perfect example of the DJ's progressive musical side. It starts off with a slow groove which later introduces a returning rhythmic theme and strong percussions. The track reaches its peak around minute four and from there, it holds back no more. Simply City compliments the original while increasing the pace and the use of percussion, resulting in an even more danceable track. Loopy, husky vocals and the synthesizer lead to this track being a spacey journey.

The second original track of the debut-EP is called ‘Tribu’. This one comes with a much more relaxed and almost hypnotic vibe. In a slower, laid-back pace a catchy theme is introduced that is strongly supported by percussion. The closing of the four track piece, is the remix by SEQU3L. He opens the track with what sounds like cymbals, creating a much more tribal feeling than the original. During the whole six and a half minutes, the hypnotic vibe of the original track remains, while an increase of tempo makes the track even more suitable for the dance floor.