Across five tracks, Mera Bhai paints a vivid and saturated view of contemporary dance music, with one foot firmly rooted in eastern musical traditions and the other grooving away to western disco and acid house.
by SceneNoise Team 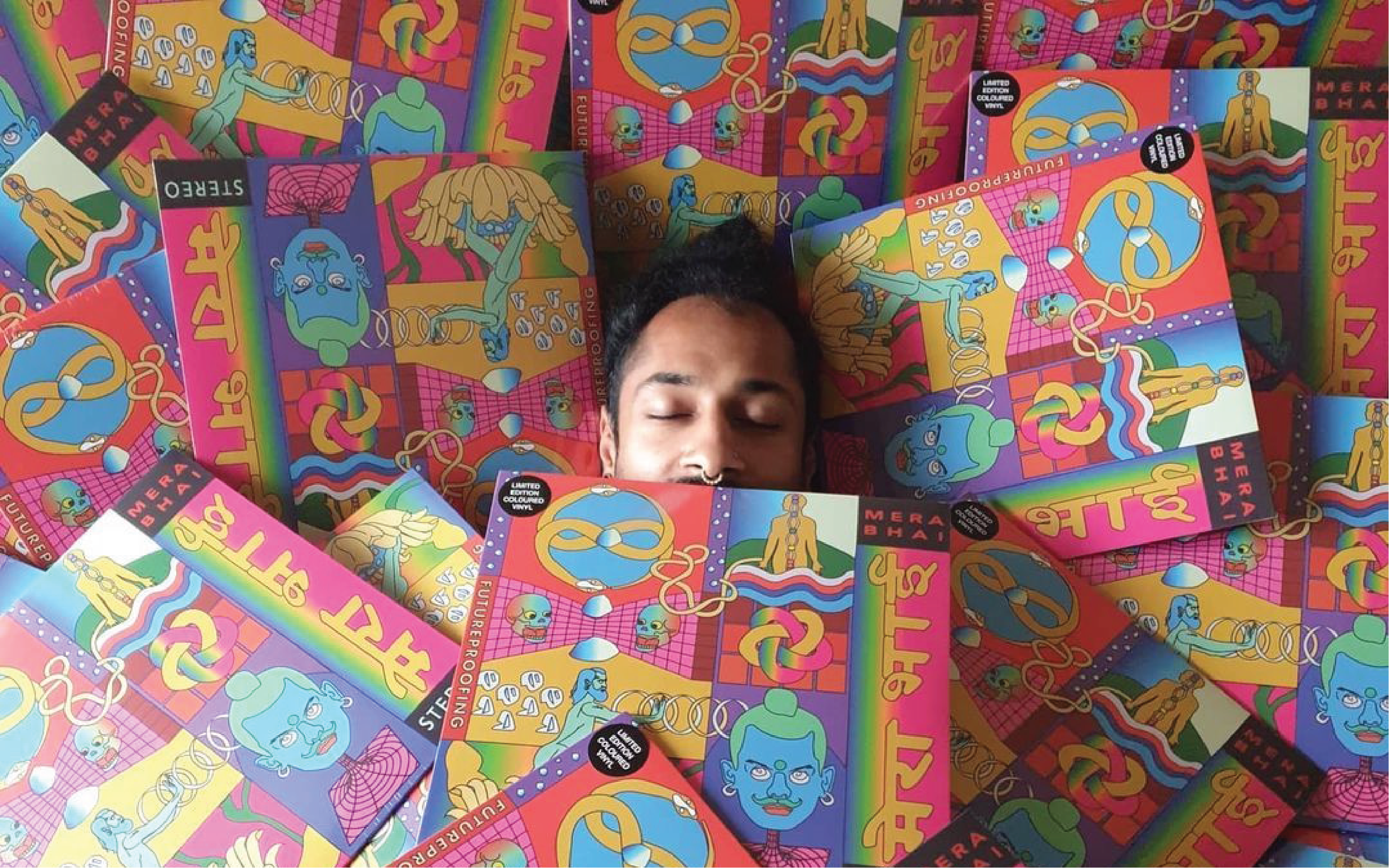 Though he can trace his heritage back to the coastal Indian cities of Kerala and Chennai, Poduval had a truly international upbringing, spending time in Italy, Albania, Saudi Arabia, Dubai and Nigeria, before finally settling in London. Since then, he has made good use of his globetrotting past, particularly alongside Kamal Rasool, Sam Rowe and Charles Priest in their tropical-psychedelic band, Flamingods. Quickly landing on radars in the UK, he was later signed by London-based label, Moshi Moshi Records, home to the likes of Lykke Li, Hot Chip, and Florence & The Machine)

Now, Mera Bhai has released his first solo EP, Futureproofing, following up his previous single ‘You, Me, Us’ on the 2020 V/A compilation Activia Frenz Vol.II, and bringing onboard British-Ghanian singer-songwriter, Andrew Ashong, and mysterious UK artist, Alxdnr London, for two surprise guest appearances.

Across the length of Futureproofing’s five tracks, Mera Bhai covers an enormous amount of sonic ground; from the disco/Rai-infused opener ‘Mañana Groove’, to psychedelic electro on ‘Futureproofing’ and ‘Back Whenever’, and even tropical jazzy cuts alongside Andrew Ashong. With a bright and colorful sound that perfectly matches the album’s saturated cover art, Futureproofing is one hell of a confident debut.