Two years on from his debut solo EP, ‘A Deer in the Headlights’, Jean-Luc Maragel pushes his eclectic sound into ambient, psychedelic territories with a track that is energetic and dreamy, eerie and warm, in equal amounts.
by SceneNoise Team 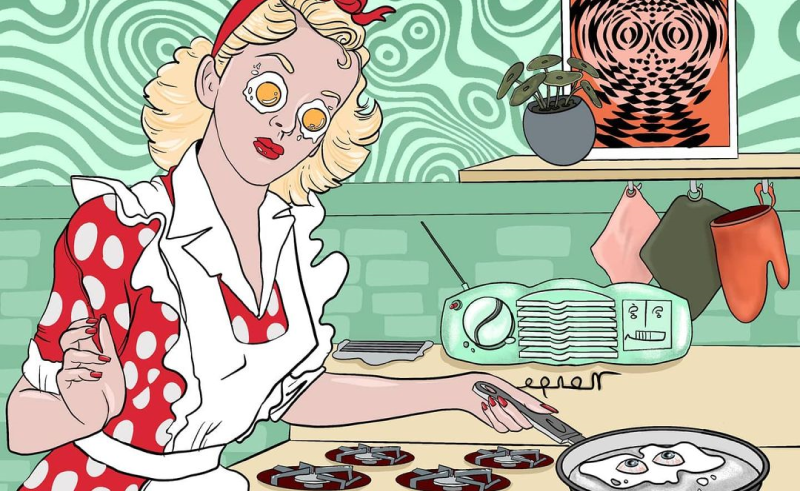 After making a name for himself on the Lebanese music scene as part of bands like Lazzy Lung and Sun and Moth, Jean-Luc Maragel first flew solo in 2019 when he released his debut EP, A Deer in the Headlights. Produced by the celebrated Fadi Tabbal, the four-track release saw Maragel lean on much of the music he’d come to create in the two bands, but channeling them into a dreamy, psychedelia-tinted, post-punk sound that he made his own.

Two years on, Maragel’s new release, ‘Psychedelic Omelet’ follows suit in building on the sonic signatures of the EP, but warping them through an even deeper dive into psychedelic territories. While it comes as a natural progression of Maragel’s solo endeavors, ‘Psychedelic Omelet' certainly showcases an evolution of sorts, the track presenting  a more sophisticated blend of Maragel’s eclectic music tastes.

The 60s are alive and kicking in the track’s guitar progression and use of synths; the bass and drum patterns add a punchy new-wave energy; and it’s all wrapped-up in a contemporary electronic setting that makes the track energetic and ambient, eerie and warm all at once. It’s a track that stands up to repeat listens, a track that you can either let wash over you or follow down a rabbit hole - and it’s all set to a suitably trippy video that uses clips of anti-drug PSAs.

‘Psychedelic Omelet’ has been touted as the first of much more music to come from Maragel in 2021, and it’ll be interesting to see him push this uniquely organic and dynamic bland even further.