Autostrad finally fire back at the boycotting campaigns springing up against them for past five years.
by SceneNoise Team 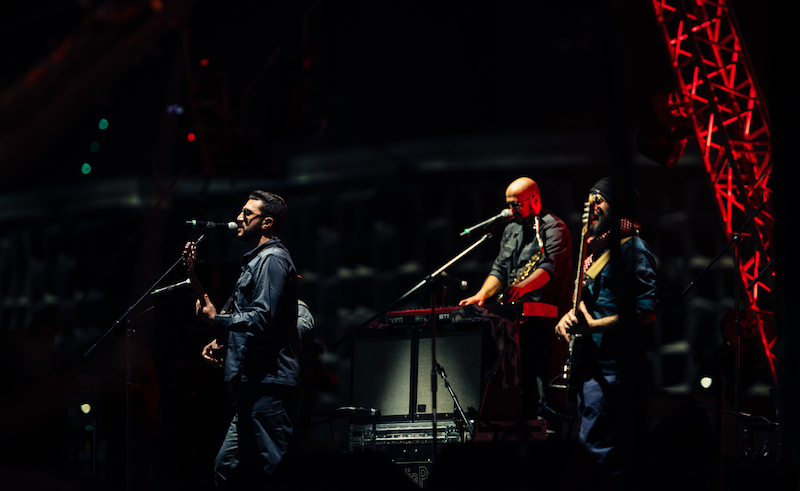 Jordanian band Autostrad first sparked outrage amongst their fanbase and supporters of the Palestinian cause in December of 2012 when they played in occupied territory of Nazareth. Now such territories can only be accessed if granted an Israeli visa, and most regional bands opt out for the Palestinian visa instead, which doesn’t allow access to the aforementioned locations. The band have since been under scrutiny for “normalizing” relations with the state of Israel. Several entities including the Boycott, Divestment and Sanctions Movement (BDS) have called out the group and called on for fans to boycott them as well.

The controversy wouldn’t end after the 2012 incident but would actually resurface again throughout the coming years, as the band would embark on a full tour of Nazareth, Haifa and the Golan Heights. Though Autostrad see the performance as an opportunity for cultural dialogue while also performing for the Palestinian minorities in these territories, the counter view is that by performing there they reach out mostly to the Palestinian elite, marginalizing the majority.

Every time this controversy would erupt, the band would issue statements similar to Mahmoud Abbas’ “visiting the prisoner does not legitimize the jailer,” and that an Israeli visa would not hinder the mission to perform in Palestine. It’s quite a mystery why they decided to release their newest song “Mgat3ni” only a few days ago when the controversy has nearly cooled down. The song reinforces their stance and confronts those who call them out for betraying the Palestinian cause and stating very clearly that none of this will get in their way. The music video carries symbolism in the shape of aerial shots of land and roads and the lyrics, set to psyched out Arabic synth reggae, are provocatively confrontational.