The percussion-heavy track and animated music video depict an encounter ending with an unlikely momentary companionship between a hunter and tribesperson.
by SceneNoise Team 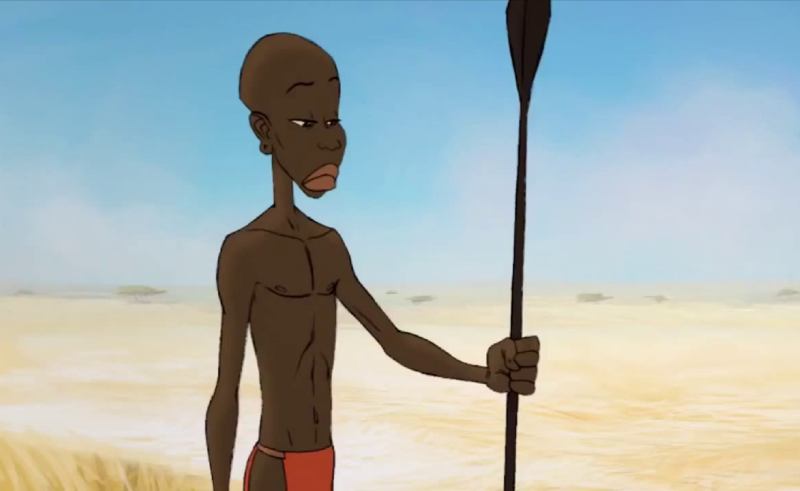 Hamburg-based Moroccan Hip-Hop artist, Abdel Khalil aka D.N.A., has often taken particular interest in  presenting his music in the form of powerful, visual storytelling, while exploring his Moroccan heritage by incorporating elements of North African music in his songs. This is very much the case on both counts in his new track and video, ‘Makina’, which relieves heavily on North African percussion-inspired sounds and sees the rapper use Arabic throughout.

Drawn and animated in a similar style to Disney Renaissance films (think Aladdin, Lion King Tarzan, etc), the video tells the story of an encounter between a young native hunter, a tribesperson and one mean lion.