The five-man outfit are currently working on their debut album, but have dropped a track and video soaked in funky nostlagia.
by SceneNoise Team 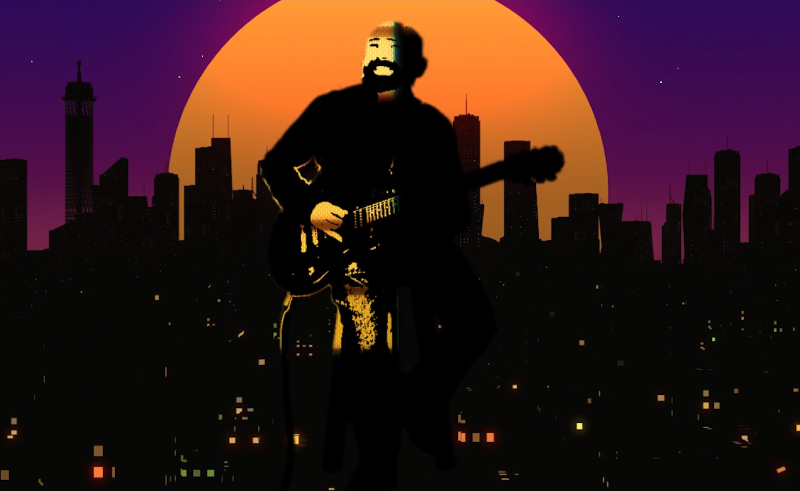 Having officially come into being just last year, Cairo-based band, Skeletons, are pretty fresh to the scene as an outfit. The five-man group, founded by seasoned musician, Omar Ashour, showed what they’re about in November with debut single, ‘Ostinato’ – an instrumental track that’s rock at its core, but waded into the kind of 80s funk that the likes of Prince championed.

The band’s latest track, ‘This Process’, goes deeper into a genre that most have come to know as the Minneapolis Sound – a fusion of funk rock, synth-pop and new wave. Citing Depeche Mode, Frank Zappa and Daft Punk as influences for the track and video, the lyrics sees Ashour explore themes of freedom. "I think it's incredibly challenging to try to be free in this world,” he explains. To free yourself from ego, social programming, ideas passed down from the family/tribe...this is an incredibly painful process, as far as I'm concerned. It makes sense to me why so many thinkers, scholars, philosophers, prophets, artists, and others throughout history dwelled on these matters so much. So, with this song, I feel many things, including pain, liberation, and comfort.”

While Skeletons have an upcoming album set to be released before the end of the year, ‘This Process’ was actually written and recorded by Ashour before he had begun working with the other members. “The beat and harmonic elements came to me well before the melody or words did. I wrote the lyrics out, while sort of rapping along to the beat, and then lastly came the melody,” he adds.

Though little has been revealed about the band’s debut album, if the first two songs under their name are anything to go by, we could be in for something quite unique. Funk, disco, synth-pop and other musical marvels of yesteryear have largely found a place in the Middle East’s contemporary music scene with either nostalgic DJs or experimental indie acts.  There’s definitely room for a band that just wants to make upbeat, catchy music, informed by past greats.