The latest stop on Wedidi's genre-hopping tour see's the traditionally folk-inclined singer tackle mahraganat alongside one of the scene's most established producers, DJ Totti.
by SceneNoise Team 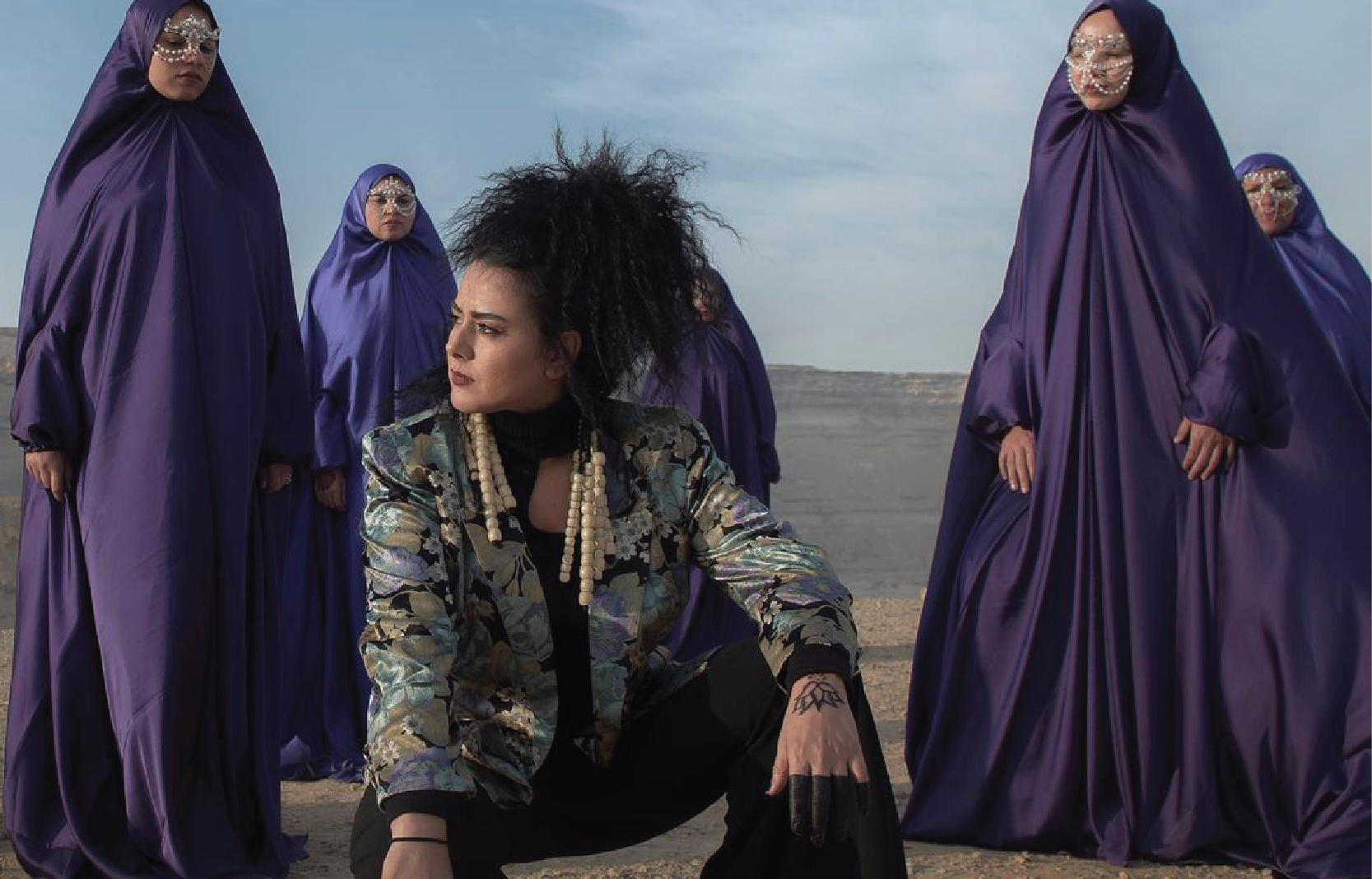 Egyptian singer and composer, Dina El Wedidi, and heavyweight mahraganat producer, DJ Totti, have teamed up for a massive collaborative single, ‘Ya Badr’, racking up over 100,000 streams within just three days of it’s release on February 12th.

‘Ya Badr’ arrives as the second stop on Wedidi’s genre-hopping excursions in recent times, first starting with the house-tinged single 'Keep On' released in collaboration with producer Sladek.

‘Ya Badr’ certainly comes through as an unexpected single, which upon announcement a few weeks ago had conjoined images of a rap collaboration between Wedidi and DJ Totti.

While the thematic overlaps between traditional Egyptian folk music and mahraganat are apparent, very rarely do we see crossovers between those two music scenes, let alone with women in the role of the (traditionally male) mahraganat singer.

Wedidi subverts this role effortlessly, encapsulating the flow, charisma, and cadence of a frenetic live mahraganat performance. Not only that, none of Wedidi’s lyrical chops are compromised in the process, and ‘Ya Badr’ hits more like a ballad than a mindless party starter.

The video itself could be the subject of entire articles alone, with pristine videography by DOP Muhammad Ibrahim, and art direction by O Artstudio.