'Commencement' is a pure techno record hitting all the right rave-feels.
by SceneNoise Team 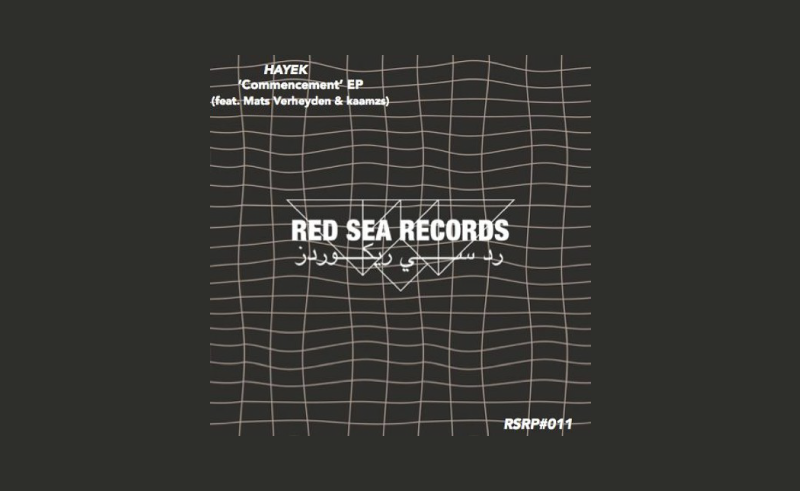 Hayek clearly does not fuck about. And by that we mean that the Brussels-based Egyptian producer handles techno with as much subtlety as Daniel Day Lewis handles historical dramas. Released on independent label, Red Sea Records, his new four track EP, Commencement, is much like other releases on the imprint; pure, combative and explosive techno that doesn’t flirt with prefixes such as minimal, melodic or experimental as is so often the case with dance music architects of the region today.

If much like us during this pandemic, you’re missing big dark rooms, wall-shattering bass and fast-paced kick - high-hat patterns on repeat, of course - then head straight to the highlight track, ‘Midnight Acid’. Created in collaboration with Belgian producer, Mats Verheyden, it’s the track in which Hayek does his least fucking about, with the full taste of metallic rave injected directly into your veins.

Whilst the intro track ‘How I Wish I Could Touch You’ eases you into the EP too slowly with supplementary sonic spacing, the remaining tracks’ mixes are full and non-stop, occasionally teasing some groove through the mechanical rumbling like on ‘Why Are You Following Me’ where the acid spills on from the previous track. Although self-describing himself as a bedroom producer, music like this wouldn’t feel out of place in the basement of Berlin’s Griessmuehle or Sisyphos’ warehouse past 2AM - but you know, only when we’re all allowed to leave our bedrooms first.