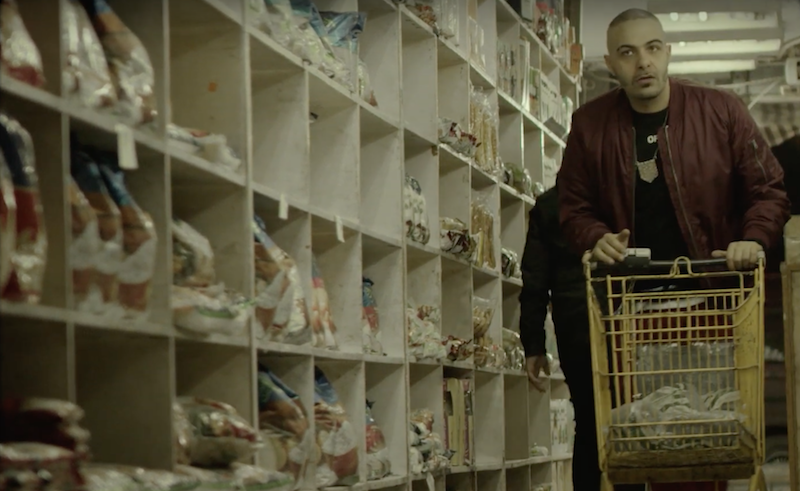 Abyusif is back to poking fun at the Egyptian rap scene, and particularly the debate around terms like ‘old school’, ’new school’ and ‘flow’ in his latest song and music video “3azama”. Prior to the release of the video, Abyusif went live on instagram announcing the track, which he claimed will contain over 350 different flows, ridiculing some fans and rappers who flex with such gibberish terms. The punchline for this joke culminates in the fact that “3azama” is a very stripped down and perhaps mundane song when compared to let’s say “Azrael”, one of Abyusif’s most hard-hitting tracks.

The music video however is also very different compared to any of the rapper’s previous. It’s filmed in a grocery store, which is possibly a metaphor for the country’s rap scene. Everything in the video is shot in a dark pantone, which adds a serious element to the satirical lyrics and otherwise comical setting. The closing shot shows Abyusif walking out of the bathroom, vomiting in the process, possibly as a reaction to the nonsense and the false terminology spoken by rappers in the scene today.