WOLF FANG MIDI Venture Into the Paranormal With ‘She’s Gone’

The duo returns for their first release of the year with a horror-inspired music video for the track ‘She’s Gone’. 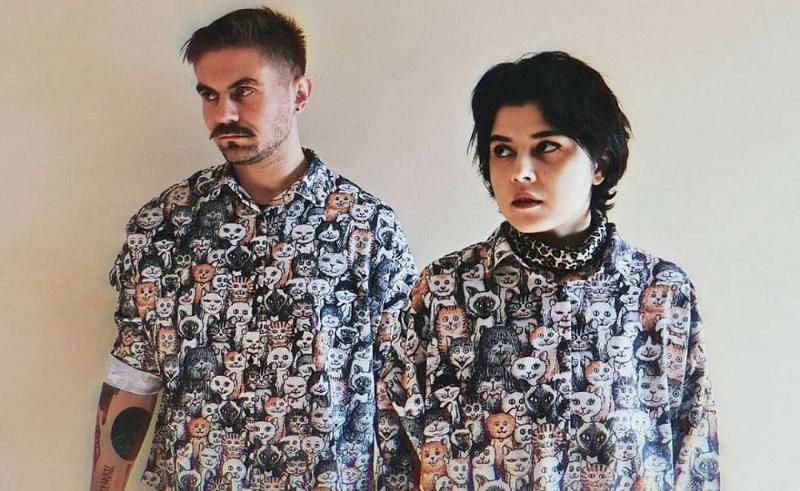 Egyptian synthwave duo WOLF FANG MIDI delve into the paranormal with their latest release, ‘She’s Gone’, and they are picking up exactly where they left off with an electrifying retro-sounding pop tune paired with a timely horror-themed music video directed by Abdallah Shaarawi. The duo have established an iconic sound characterised by a blend of modern and vintage instrumentation, and vocals that have been consistently charismatic and evocative throughout their discography.

The track begins with an ominous synthesiser droning in the background, where the highly resonant filter gives it an unmistakable 80’s characteristic. This eerie soundscape is represented in the video with horror film aesthetics, such as the font used in the intro sequence, and of course a flash of dramatic lighting.

We then transition into an instrumental section as high energy drums kick the track into overdrive with a simple, yet fast paced groove. Luscious pads and a rubbery bassline provide a vintage sonic aesthetic that is fun and bubbly, but the somewhat dark chord progression manages to infuse the uplifting instrumental with a creeping sense of doom.

Lead singer J!n’s enchanting vocal delivery shines in the verses, where her melancholic voice takes centre stage while the stripped-down instrumental gives J!n enough space to deliver a meandering melody. Whereas in the chorus, J!n’s singing is accompanied by producer SHUNUS’s vocals, as well as a soaring synth lead mirroring the main melody as the instrumental comes in at full force.

This track shows an evolution in the duo’s sound, with production that is more focused on fine tuning the details. The evolving instrumental keeps things engaging with interesting sound selection, expressive drum fills, futuristic risers, and all sorts of ear-candy being used to add flavour to the already colourful track.