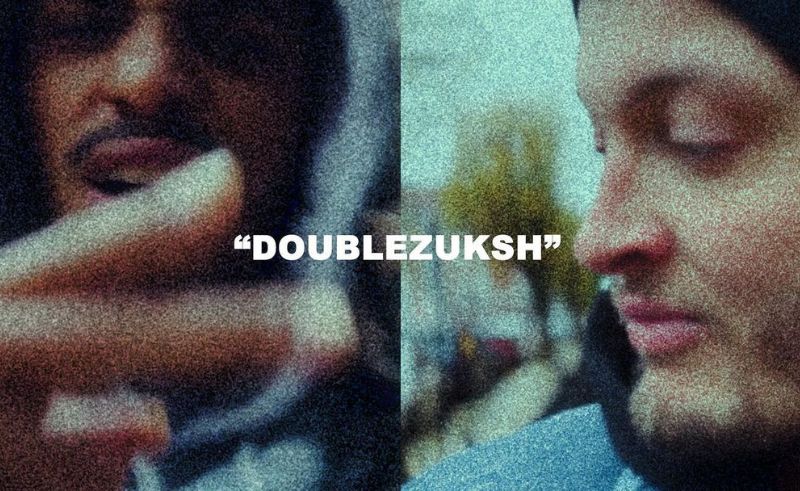 Starting out the new year with a fresh sound, Egyptian rapper Marwan Moussa teams up with beloved Moroccan rapper Stormy to deliver a subdued yet gripping track and music video for ‘DoubleZuksh’.

The track makes reference to the Egyptian Mahraganat duo Double Zuksh, where Moussa states that he and Stormy are a team, comparing himself and his collaborator Stormy to the Egyptian duo.

The track starts with an atmospheric sonic palette that soon evolves into a head-bopping trap beat. Moussa then comes in with a calm and delicate vocal delivery, rapping quieter than we’ve ever heard him before as he matches the hypnotic energy of the instrumental.

Moussa raps about his experiences abroad, as the artist has recently completed his European tour, with the music video, filmed by Omar Emad and edited by Youssef El Antably. The docu-style footage shows Moussa’s encounter with Stormy in London, alongside Moussa’s frequent collaborator, Afroto who makes several appearances throughout the video.

After Moussa’s performance, Stormy delivers a rap verse in a similar intimate vocal style, but with his deeper register and vocal affectations. In his verse, the rapper delivers a performance full of raspy vocal-fry that brings ASMR to mind.

In the last leg of the track, we are met with an unexpected beat switch, where the instrumental morphs into a drill-inspired soundscape, with Stormy casually switching flows to match the higher energy of this section.

At the end of the video, Moussa teases his upcoming EP ‘Shokran’ with a footer that states that the project will be released soon.

Watch the video for "DOUBLEZUKSH" by Marwan Moussa and Stormy here: