A play on words between the ‘Mexic’ crew and ‘mixtape – Lil Baba presents ‘Mextape’.
by Ahmed Khalaf 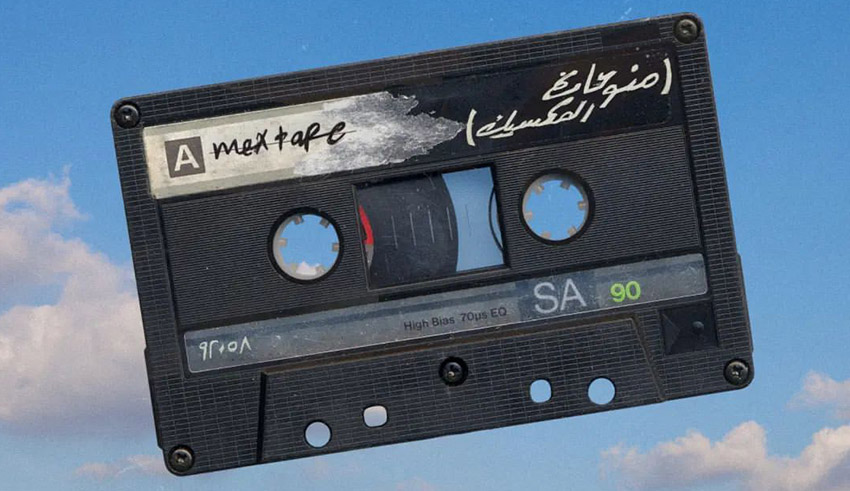 Often overlooked and underappreciated, music producers are finally seeing the light of day, receiving the appreciation they so highly deserve for their contributions to some of the best hits out there. If we’re being honest, producers make up nearly 50% of the work being put in a single – and yet, it seems to be only the artists who get the credit and recognition. However, it does seem that recently both artists and fans have become aware of this. Nowadays you’ll find that producers are credited as being ‘featured’ on a track, rather than being credited as “prod. by”. At first listen, fans will now often ask who produced a track – indicating a newfound respect for what a good beat can do to a song’s impact.

Enter Lil Baba: coveted producer for nearly everything coming out of the ‘Mexic’ collective, consisting of Abyusif, Abo El Anwar, Perrie, Ahmed Santa, and Desso. Lil Baba has established himself as one of the most talented producers within the burgeoning rap scene, constantly showing up with hard-trap productions that are guaranteed to keep your head bopping throughout.

After supporting the entire ‘Mexic’ roster with their instrumentals, Lil Baba releases his first solo piece of work under the name of ‘Mextape’, flexing his production prowess with an abundance of diverse tracks, drawn across a variety of sub-genres under hiphop, which feature rappers Abyusif, Abo El Anwar, and Egyptian artist Hassan Khorshid.

Lil Baba also hops on the mic for the second time since his 2021 track ‘Mi Vida’, which is always an exciting surprise.

With ‘Mextape’, Lil Baba furthers his production credibility in his ability to create a cohesive body of work featuring multiple artists with different styles.

Listen to ‘Carnaval’ below, and make sure to check out the entire project on Anghami.