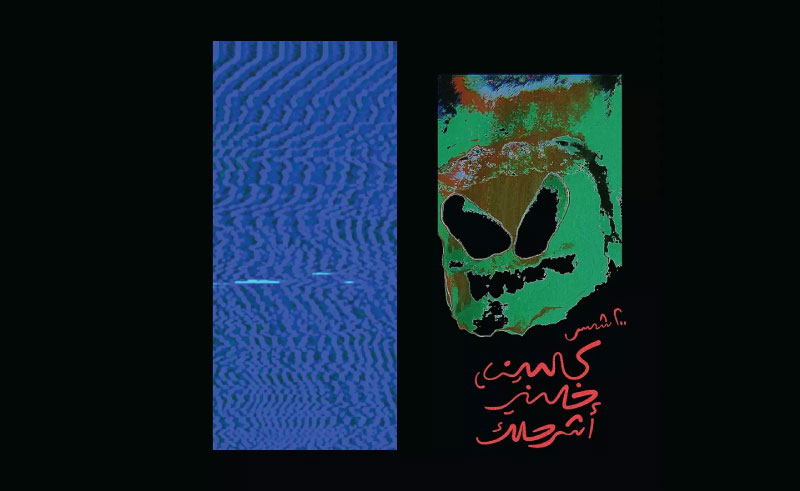 While he may prefer to operate in the shadows, Egyptian producer, 200 Shams, is a talent on the local scene that probably hasn’t got the recognition he deserves. As co-founder of forward-thinking label, SLOVVDK, the music-maker has been an advocate of the increasing left-field music being made in bedrooms and home studios across Egypt and, this year, he released his debut EP.

May’s Leela Fil-Disko saw him play with a fusion of funk, psychedelia and North African retro-pop, and his second EP of 2021, Kalmeeni, Khaleeni Ashrahlek, goes a completely different direction - one that doesn’t stand up to the categorisation of genre.

From the Easterm percussion-driven, synth-soaked opener, ‘Enti’, to the breakbeat-inspired, reverb-heavy  ‘Ana Raken Taht ElBeit’, there are signs of 200 Shams' signature experimentation dotted through the EP, though it still retains a distinct sound to his previous EP.‘Hbeen Shwaya’ sees him recruit the talents of Egyptian indie artist and fellow  SLOVVDK co-founder, Moe Hani - aka Dirty Backseat - in a glitched-up, funk-tinted piece, while the closer sees him tune-up an Egyptian drum loop.

While it may leave you wanting more, wishing for at least one, maybe two, more tracks, Kalmeeni, Khaleeni Ashrahlek certainly speaks of 200 Shams’ unique approach to his craft, cementing his position as a unique voice on a noisy scene.