Delivering a stunning track and music video, El Waili and Ziad Zaza bring the year to a close with one last banger. 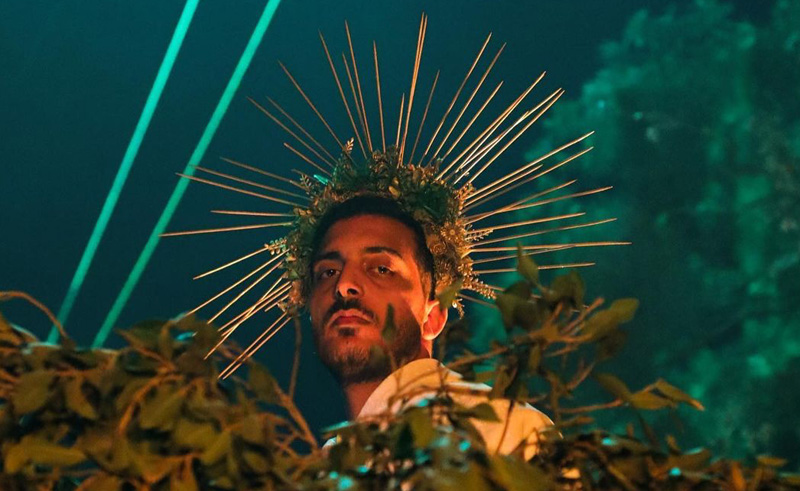 This collaboration has shown both artists in a new light, with El Waili refreshing his direction by taking a slightly more restrained approach to his characteristic style and Ziad Zaza sounding more casual and razor-focused than ever before.

The instrumental kicks off with a cheeky metronome playing on top of an organ-like pad and a bubbly arpeggiator. Ziad Zaza then comes in to welcome us with washed-out ad-libs that set the tone for the instrumental. In this track, El Waili takes a more subtle approach than his previous work, using slightly softer bass sounds and a more sparsely populated sonic arrangement without compromising his signature umph. Ziad Zaza also shows a less combustive side of himself, with his unmistakable raspy vocals sounding colder and more nonchalant than he did in his debut EP. This new attitude pairs well with the track’s steady buildup and electrifying drop, where the instrumental blooms with added percussion elements, new melodic ideas, and a rich chord progression that give the drop depth, even though it sonically keeps its composure.

While Zaza’s vocal style paired with this instrumental shows the rapper in a new light, the track could have benefited from more variety in his vocal performance. El Waili does expand his sonic palette while staying true to his iconic sound, but the metronome however gets a bit too much at times.

Director Menna Ghazala and the visual team deliver an exhilarating music video. We start off with the two musicians in the jungle, jumping between light-hearted shots of Zaza’s performance and choreographed dance sequences. When we reach the fantastical drop section, where El Waili, styled by Howaida Wagdy, is presented in an all-white robe and golden headpiece, looking nothing short of mythical. This section also sees Zaza singing while being circled by a group of people in all-black costumes in this surreal sequence of shots.

The video was produced by The Crew Production House and was sponsored by Wall Of Sound Records.