After closing 2020 with nasty banger 'Maadi Metro', Husayn takes on a softer, more mellow approach in his first release of the year, 'Makan Ard'. 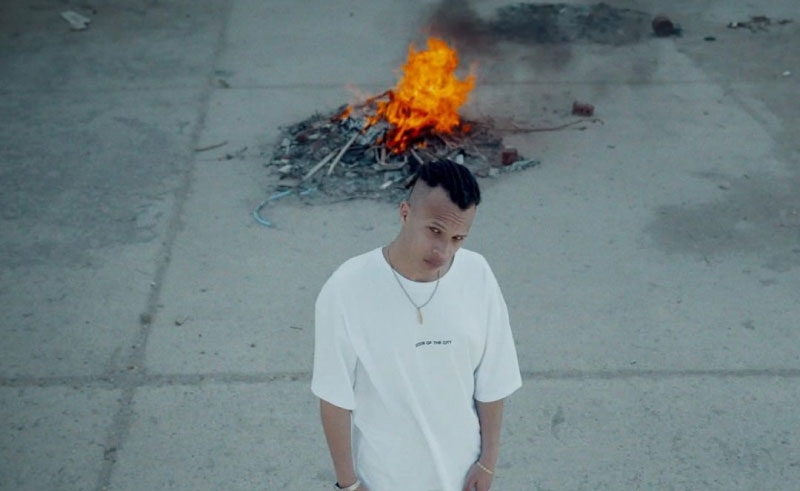 If there's a more prolific music scene than Egypt's trap scene right now in the Middle East, we haven't found it. Beyond the mainstream-breaking rap heavyweights such as Wegz, Marwan Pablo, et al, there's a whole host of talent that are taking the genre into their own directions. One such artist is Husayn, who many will know from 2019's 'Keif' and, more recently, 2020's nasty banger 'Maadi Metro'.

The rapper's latest release takes on a more sonically sombre, softer and even reflective tone. Produced, mixed and mastered by Khaled Rohaim, Keanu Beats, Sid Mallick and Banshee, it's the quieter moments of 'Makan Ard' that make the track what it is. In fact, Husayn's flow and delivery are at their best when the beat subsides, particular two-thirds of the way through, the soft guitars that run throughout providing a perfect bedding for the rapper.
There's no reason that Husayn can't be the 'next big thing'. He looks the part, lives it and even small details like his embrace of his home in Cairo's Maadi (often wrongly thought of as just a quiet, leafy suburb) gives him an edge, a perspective if you will, while his relatable storytelling lyrics are second to none.