The Cairo-based rappers & producer come together to bring us a futuristic drill release and music video. 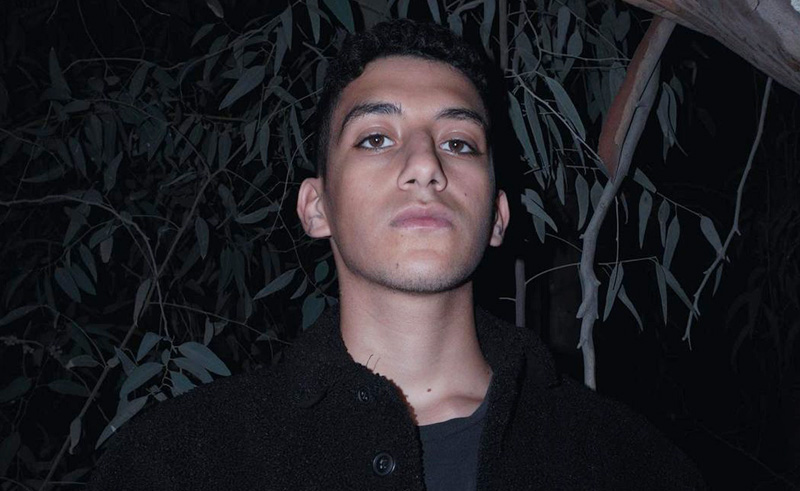 Starting the new year with a bang, Cairo-based rapper and part of Ka2en collective, Ge11o, has teamed up with Egyptian rapper TRZ for his latest release ‘Faytak’. The track plays around with elements of drill while also deploying a dream-like soundscape.

Ka2en has been providing a voice for alternative-rap coming out of Egypt, with artists such as Ma-Beyn, Kamikazem, Sudma and more under their impressive roster. The collective has built a brand around its futuristic music and visual style, with its young team taking a more surreal approach in their music videos.

‘Faytak’ starts with an atmospheric reversed melody gently pulling us into a massive beat drop, where music producer Lil Abad uses drill elements such as the percussion pattern and deep sub-bass to keep the instrumental moving forward. Ge110 comes in with a rapid flow, channelling moments of aggression in his sharp lines as he boasts his rapping skills and charisma.

Egyptian rapper TRZ then comes in for his verse with an elastic flow, driven by heavy syncopation and playful vocal affectations to enhance his heartfelt lyrics. The rapper’s inventive performance adds an unusual yet fitting colour to the release.

Lil Abad takes an atmospheric approach in this production, providing a sparse arrangement with moments of rest between Ge11o and TRZ’s verses. We hear harmonically rich bass sounds, twinkly mallets, and reversed melodies in these instrumental sections, turning the track into more of an unfolding piece than a repetitive loop.

Director Ali Rabie and VFX artist Aly Areba take us on a ghostly visual journey in the track’s music video, as we are met with a dark background where a viscous liquid blob is bubbling on screen. As the video goes along, it is revealed that what we are actually seeing is a processed silhouette of Ge11o performing to the camera. The video continues to make use of creative cuts, dynamic backgrounds, and tasteful silhouettes of the rappers performing in this eerie visual style.