Inspired by the often ignored contemporary musical traditions of France, Sossaliza’s new track, featuring P.A.B.T., marks something of a departure from her previous French electro-inspired release. 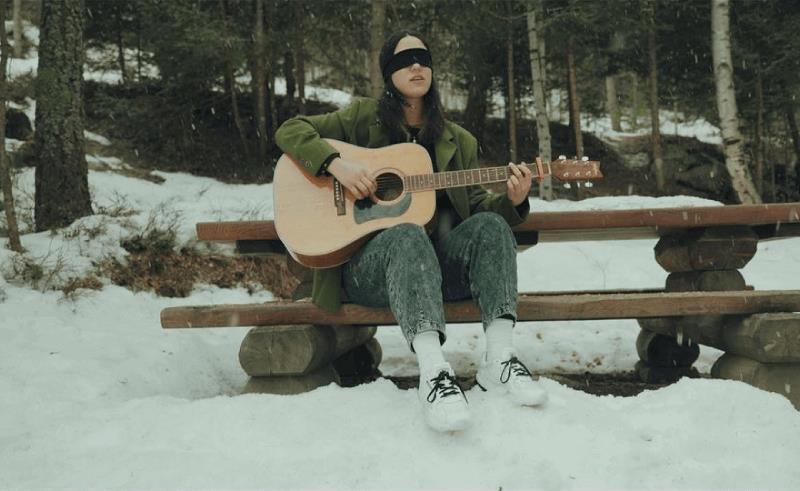 It’s not often that Francophones have featured on the oh so colourful pages of SceneNoise - why is that? Why don’t more contemporary, independent artists in the region sing in the language of love? That’s a discussion for another day, but in Sossaliza, Egypt has one of the most unique artists to emerge in recent times.

She first landed on SceneNoise radars in September, 2020, with the release of her synth-laden French electro-inspired single, ‘On a Tout Perdu’, which arrived alongside a chaptered, French new wave-leaning video.

For her latest release, however, the Egyptian up-and-comer dials things down with a haunting and utterly gorgeous track that finds itself in the realm of sparse, folksy pop. ‘Canapé-lampe’(Sofa Lamp) features Switzerland-based artist, P.A.B.T., himself a keen practitioner of electro-pop. This collaboration marks something of a departure for both, that is until the last third of the otherwise slow-brewing, twinkling song, when a soft, unhurried electro beat is introduced as part of a simple but engrossing sonic ensemble.Said engrossment can be attributed to the video. Shot by Switzerland-based collaborator, NOW OR NEVER VDO, in - you guessed it - Switzerland, the video is every bit as majestic as the track demands, with the vast, surrounding, snowy plains framing both artists as vulnerable but unworried - they seem stranded, but at peace with a backdrop that is overwhelming, unforgiving and beautiful in equal amounts.

Where Sossaliza will go next is a mystery - but the kind of mystery Egypt’s scene needs. Three releases into her career, she’s still very much at the beginning of her journey, but she has the poise, charm and charisma of someone much more accomplished - and it all comes out in her music.