The video for the Universal Music-released single comes as the first of six as part of a unique project.
by Ahmed Khalaf 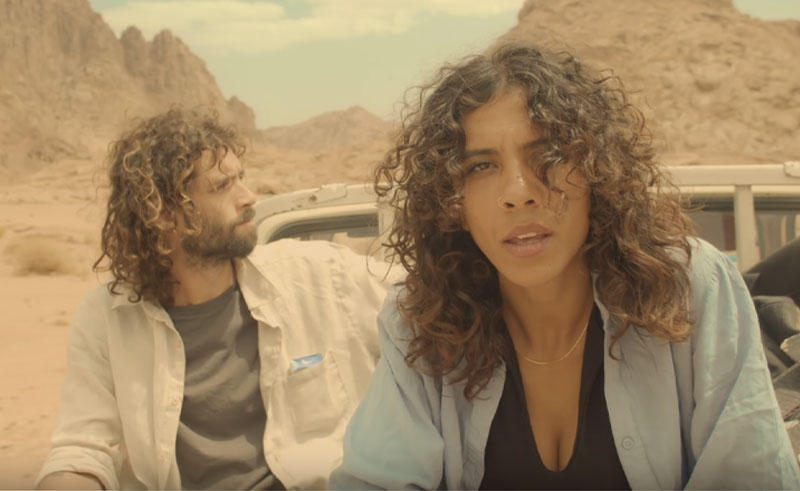 Taking a break from their usual, Egyptian duo Husa & Zeyada test new waters with their first Arabic single. Released on Universal, the music video for ‘Feinak’ comes as an audiovisual expedition into self-exploration and coming against the darker side of oneself, all wrapped in a psychedelic-influenced indie pop sound.The duo’s signature guitar licks are prevalent throughout the entirety of the track, with a minimal bass line and a rising synthesiser infusing the sense of psychedelia. Zeyada is almost tranquilising with her vocals, with reverb and doubler adding to the effect. Her words are hopeful - sad, but ultimately hopeful, as she speaks of putting the past behind and looking forward to greener pastures.

Then there’s the video. At first glance, it’s a pretty visual, but it reflects the themes of the song, waving them into a story. The truck drive ultimately represents the transition from the old to the new, in this case the bad to the good, the hard times to greener pastures.

It’s actually the first of a series of six music videos shot at Saint Catherine in Sinai as a part of their Long Way Home album - stay tuned for more on that.