With eastern rhythmic ideas and instrumentation, Muskila delivers a highly danceable release through his unique blend of genres. 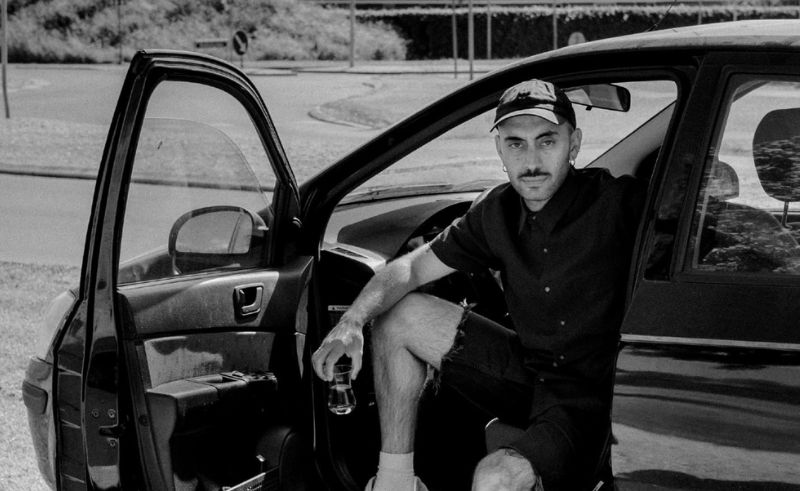 Based in Denmark, music producer and DJ Muskila is known for his peculiar style and danceable productions. Muskila blends various rhythmic elements and percussion ideas from his Kurdish background with western electronic music aesthetics, resulting in an electrifying fusion of genres. His releases also take a closer look at the SWANA region, by presenting documented visual stories to accompany his music.

In his latest release, ‘QAAR A’, the producer looks to a darbuka performance instead of usual kick and snare sounds to create a fast-paced and pulsating instrumental imbued with a Middle Eastern feel.

Muskila centres the production around a lively darbuka performance, which kicks the track off with a hyperactive rhythm. A four-on-the-floor kick drum pattern then comes in to re-contextualize the eastern elements of the track, where a visceral arghoul melody and middle-eastern percussions are presented in an electronic framework.

The producer also makes use of an Arabic spoken-word sample, chopping it up rhythmically to fit in snugly into the infectious groove of the track. Muskila takes a detail-oriented approach in this release by decorating the instrumental with finger cymbals, distorted bass notes, and evolving darbuka rhythms that make the track feel dynamic throughout.

To accompany this release, Muskila has documented footage from Amman’s underground drift-car community, whose members regularly meet up in secret locations around Jordan. The high-octane footage serves as an apt visual representation of the track, as the footage echoes the speed and intensity of the instrumental.