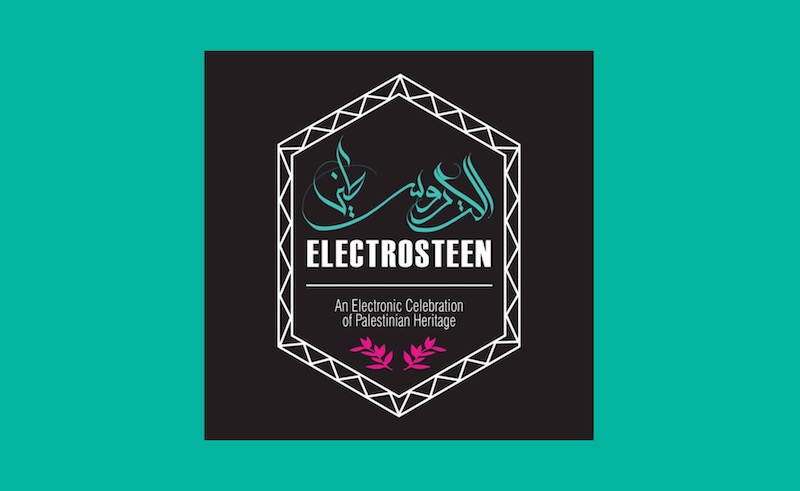 Hot off the release of their latest concept album Al Hajj Transportation by the Aghane Servicet project, Mostakell records return with an exciting new compilation entitled Electrosteen. As the name implies, the release is mainly electronic music from 11 of the most prominent Palestinian artists who mostly re-interpreted their roots, traditional songs and folklore during a two week residency in Ramallah in 2017 where the utilized the audio library of the Popular Art Center in Ramallah, and with the aid of AM Qattan Foundation, The Danish House in Palestine, Institut Français de Jérusalem, and a crowdfunding campaign organized by Build Palestine.

On the albums artist roster are Muqata’a, SAMA’, Al Nather, Shabjdeed, Basel Naouri, Julmud, Sarouna M., Nasser Halahlih, 47 Soul’s Walaa Sbait, Speed Caravan’s Mehdi Haddab and Bruno Cruz. According to the album’s producer, and Made in Palestine project founder Rashid Abdelhamid “Electrosteen aims to present an alternative vision of Palestine, one nurtured through the eyes of its most compelling contemporary cultural producers. Throughout the last half-century, Palestine has been viewed almost exclusively – both regionally and internationally – through the camera lens of war, occupation, suffering, and humanitarian strife. Through this innovative musical creation, Electrosteen aims to challenge that over-politicized image, and to shed a spotlight on Palestine's cultural vitality and relevance in the contemporary artistic world."