SceneNoise speaks to Abdulla Faisal and Maram Abdulaal, who have emerged as one of the most unique and eclectic acts to come out of the region.
by SceneNoise Team 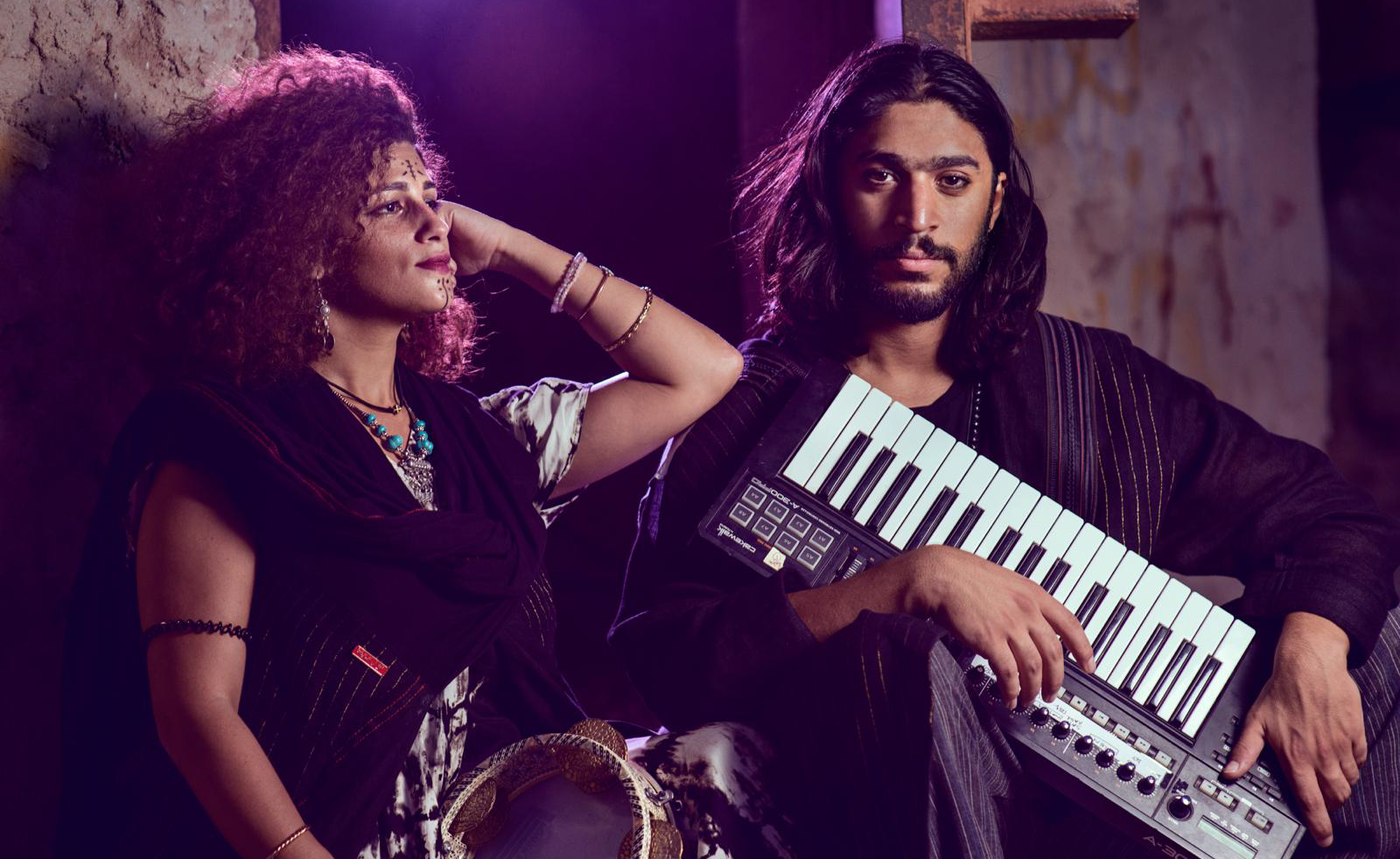 Off the back of their first official single, ‘Mafi’, the duo of Abdulla Faisal and Maram Abdulaal have emerged as one of the more unique new acts to come out of Bahrain and the GCC. To call them ‘new’, though, would do a disservice to their popularity, their chemistry and the accomplished concept of who and what they are as Arabstract. The two have been performing together for around a year and have quickly honed a sound that will give you second (and third) thought before assigning it a label.

Many will lazily brand it as electronica, but at this stage of the game, that could mean anything. Instead, Arabstract’s music is best received with arms open wide and without preconceived notions. An attempted description of ‘Mafi’ might include some kind of arrangement of words ranging from experimental and electronic, to trip hop and maybe even indie pop.

Beyond trying to fit their sound in some kind of box, as music writers often do as second nature, there’s something of an x-factor to the duo, witnessed by their growing reputation in their native Bahrain and beyond. That was more than enough reason for SceneNoise to find out more.

-Alright, so let’s start with the question that every band, group or duo are asked: how did you guys meet and how did Arabstract come to be?

Abdulla: It began with an impromptu collaboration for a conceptual event called Vaudeville that takes place twice a year in Bahrain to welcome and encourage any unconventional, new acts locally and regionally. The organiser, a common friend, Khalil Rasool, suggested that I should collaborate with Maram. What I do is live loop different instruments together into an electronic ensemble and Maram has been improvising vocals with electronic music for God knows how long, so it was a really good match. I'm a multi-instrumentalist and producer who's always looking to collaborate with talented vocalists worldwide and Maram is a diversely talented vocalist who is also collaborating with talented producers and multidisciplinary musicians globally. It just clicked.

Maram: I actually lack the background/training since I am only just now gaining my family's support to sing, but I've always had a pretty sharp ear and a deeply seeded desire to keep learning and growing, so I push, I catch up and I am ever evolving. Besides Khalil Rasool's support, we've also had seriously sweet support from the humble Ali Al-Saeed, Founder of Museland in Bahrain, an alternative music Scene curator and label for the region that has been cheerleading us on for creating original alternative electronic music. We are grateful for the support we have in Bahrain.

-Tell us about ‘Mafi’ – what kind of first impression as a duo you were looking to make with it in terms of sound and style?

Maram: Lyrically, 'Mafi' is the direct result of us seeking to invoke the humanity in our listener that we wish to see more of in our world. Abdulla asked me, "what upsets you about our world today?" and the song practically wrote itself.

It’s a call to action designed to hit the heart, to bring forth in each of us the humility, good manners and kind, loving nature that our ancestors hoped to pass along – traits that we, sadly, see disappearing in our own society and region in this materialistic age of the consumer. Our aim with 'Mafi' is to get you wondering what part you can personally play in reviving the Arab collective consciousness to create and to care for itself again.

We also sought to merge Arabic and English to more realistically reflect the Arab world's mixed colloquial use of the two languages together – Arab-ish, if you will – and we hope to create even more music with both languages, also by including various dialects.

-In terms of sound, where are your heads at?

Maram: Our sound is wide-ranging, it's mainly experimental and eclectic. It plays with the parameters of many genres that influence us, such as downtempo, trip-hop, early tribal music, Arabic scales, house, tribal house, deep house, world music, rock, jazz and soul to name a few.

It’s a contemporary play on the genres we love, that we are fusing together to reach far across any borders, nationalities, or any barriers between us beings that do not promote our oneness.

-Obviously this has been a strange, strange year, but what can we expect from y’all in the near future?

Before Corona, we played a jam-packed show in Saudi Arabia's Bohemia Cafe and had two confirmed shows with Kuwait's Not Necessarily Famous and Dubai's Analog Room that have been postponed until further notice. We've also played a quarantine live-stream gig with Beirut Jam Sessions to help aid the current Lebanese Humanitarian crisis however we can.

So, once things get back to normal, we will be playing shows around the Gulf and Middle Eastern regions and then setting sail to Europe and the rest of the world inshallah. In the meantime, create, create, create!