The 'Inner Rhyme' of Layale Chaker; a Musical Ode to Arabic Poetry 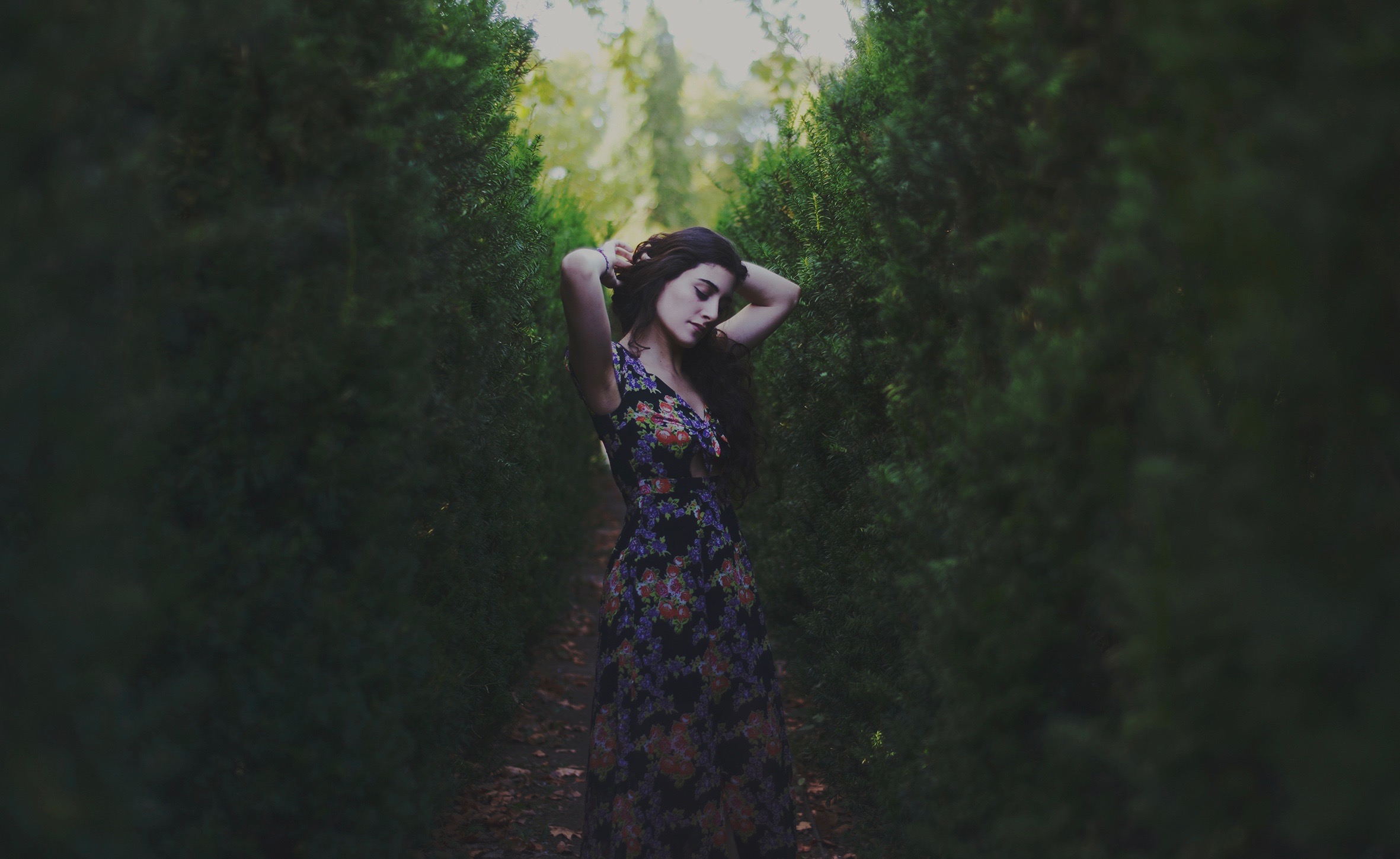 "I wanted to also reclaim my language, I wanted to speak and sing in Arabic on stage through my music and my instrument, through my chosen form of expression, which is primarily instrumental music." This is what Layale Chaker, Paris-based Lebanese violinist and composer, says about her new album, Inner Rhyme, one of the most cunningly crafted and passionate concoctions of classical, Arabic music, and jazz to have come out in recent years. Having studied at numerous classical conservatories in Lebanon, Paris and London, Chaker has led an impressive career: she performs year-round with Daniel Barenboim's West-Eastern Divan in the world's most acclaimed concert halls, and recently re-scored the music for The Color of Pomegranates, an avante-garde film by great Armenian director Sergei Paradjanov, performing it live in Paris with Orchestre Cosmophonie and four soloists.

Riding this wave, Chaker has hit a milestone with the release of Inner Rhyme, her debut album. Backed by her group Sarafand, Chaker takes the more cultivated but exploratory elements of jazz and knits them into contemporary Arabic compositions. To imbue another level of grandeur into her largest work yet, the album is based on Arabic poetry - specifically the 12 classical Arabic poetic meters, or 'arud.

Chaker explains that the cycles in Arabic poetry are based on scansion, which is essentially the rhythm of a line of poetic verse; thus, Arabic poetry is imbued with "linguistic rhythm." The idea to build this album upon the concept of scansion came to her via the serendipitous intersection of Chaker's work and the interests she was cultivating in her free time.

She was on tour with the West-Eastern Divan Orchestra, premiering a piece titled "Ramal" by composer Kareem Roustom, that is inspired by the concept of parallels between musical rhythms and 'arud- specifically, it is based on the studies of Mikhail Allawirdi. Performing this piece took on specific significance for Chaker, as during this same period, she happened to be digging deeply into oral and improvised poetry forms. Prompted by this collision, made more powerful by the importance of poetry in Arab culture and the extent to which it has permeated society, she was inspired to explore a different approach to poetry, via her favored form of expression: music.

"Whether under its oral forms, performed during religious and social rituals, political gatherings, or in its classical, written, most intricate forms…where else in the world do stadiums get filled to hear a poet recite, like stadiums would fill to hear Mahmoud Darwish?"

"I wanted to find tricks and techniques that would allow me to navigate all this diversity and richness, that makes Arab poetry such a popular and elite art at the same time," she says. This is where the 'arud enter the mix; Chaker took these scansions, and translated them into musical metrics. "It was sometimes a very 'literal' translation; I would use the translated musical metrics as a ground for rhythmic ideas and figures." This is exemplified in "Alight Here", one of the more excited and cerebral tracks on the album that is defined by a mix of 12/8 polyrhythms, metric modulations, and Indian influence. Tumbling in a chaotic cascade of bass and percussion, any feeling of traditional structure rapidly dissolves, replaced with a manic discourse between the various instruments.

The poetic meter is more subtly interpreted in other tracks, Chaker says, especially those based on modern poems, in contrast to those from the more classical era. The opening track, "Return to Jaykur", a piece based on a poem by Badr Shaker el Sayyab, an influential Iraqi poet of the mid 20th century, is an example of this. "Since the poem reflects the stylistic uniqueness of Sayyab's writing, which relies on free verse," Chaker says, "I tried to convey that free roaming [element] by writing melodies that expand larger than the rhythm (which is in 4/4), and stretch the musical phrases so that they fall on unexpected points a little after, or a little before the downbeat." It starts with a gentle but sanguine melody that hints more at Chaker's classical background, as piano, bass, cello and percussion swell around it, never playing in unison with each other but always in symbiosis. She undoubtedly captures the element of free verse in the ambulatory melodies.

Chaker composed the album across three of the world's major cities: Paris, New York, and London. When asked if the pieces composed in specific places reflect the respective cities, she responded that the only concept that Paris, New York or London share is the distance from home, from Lebanon. "It's easy to over-romanticize one's own culture and fall into nostalgia...so I am sure that somewhere, somehow the music is tainted with these colors," she says. However, Chaker wouldn't be so vulgar as to let her compositions be driven by sentiments as prosaic as romanticism and nostalgia. Beyond that, it would negate the music's worth when played at home; she wanted something that would still make sense in Lebanon, though composed abroad.

Again, it comes back to poetry. "The driving force is still an ultimate ode to language, to poetry, and I like to believe that it is an ode that an Arab audience would strongly relate to as well, because of the preeminence of the art form in our lives, because it's such a part of us all, it's something we all share. It populated our childhoods, our memories, our rituals..." Chaker reflects.

The other main player involved in the making of Inner Rhyme was Radwan Ghazi Moumneh, Lebanese-Canadian musician behind Jerusalem In My Heart, and Hotel2Tango studio in Montreal. Moumneh recorded, produced, and mixed the album. "Radwan is a true friend," Layale says, expressing how happy she was when he accepted to be part of the project. He came to New York, where they were recording the album, and accompanied the group throughout the process. "I trust his sound aesthetics blindly because he's an artist, he understands a musician's world and he crafts the soundscape that is needed for the music to thrive from the get-go." After he lent his ear and expertise to the recording in New York, the group went back to Hotel2Tango in Montreal. Chaker is enthusiastic about the role Moumneh played - not only musically, but in keeping her sane. "It was again with a lot of generosity, understanding and patience," that he conducted the mixing process in Montreal, she says. "There's a lot of him in the recording, I feel. I think there's this inaudible soundscape that gives the unity for the album, and that something we managed to create thanks to him." Being familiar with Moumneh's own music as Jerusalem In My Heart, his affinity for the subtle and often raw beauty of music is apparent on Inner Rhyme - he indeed has the touch of creating inaudible soundscapes.

Inner Rhyme is a landmark achievement in Layale Chaker's career; though through it she reached a level of maturity, it had her questioning many things, giving her "clues for what I should, and how I should do things next." The album marks the first time that Chaker, who normally works as a soloist or with chamber and orchestral groups, focused on a single project with a small group of musicians - in such a setting she found that achieving musical maturity comes from developing trust and dialogue between the musicians. Working more intimately with them pushed her creatively; "Sarafand is to me a true incubator of ideas."

Inner Rhyme is organic, dynamic, and complex. However, the complexity doesn't take center-stage; like a good piece of writing, you are lulled into it with elegant phrasing, immaculate punctuation and exquisite vocabulary. It is refreshingly non-cerebral; however, a brainy listener will find plenty to dissect in this music. The most sublimely beautiful track on the album is "Mkhammas Suite, III: Ya Fajr". It starts off with a low rumble, which grows into a pounding on the piano, before receding, the staccato slaps of a riq puncturing the resonant mist left by the piano sustain. Chaker bows a pensive, heart-wrenching melody into her violin, shadowed by the deep mournful sweeps of the cello. "I would like for the pieces of Inner Rhyme to have a new life on their own, now that they exist in such a fixed form," she says. Now that she has released the album into the world, it will be a pleasure to observe the path she moves down. 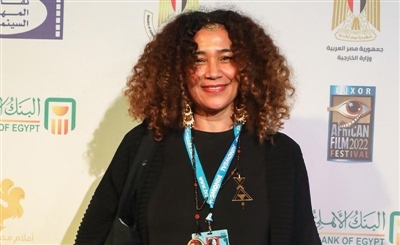 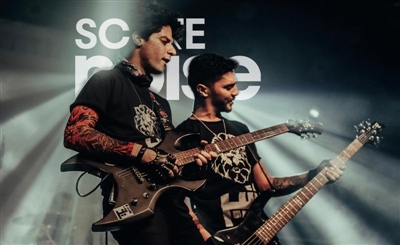