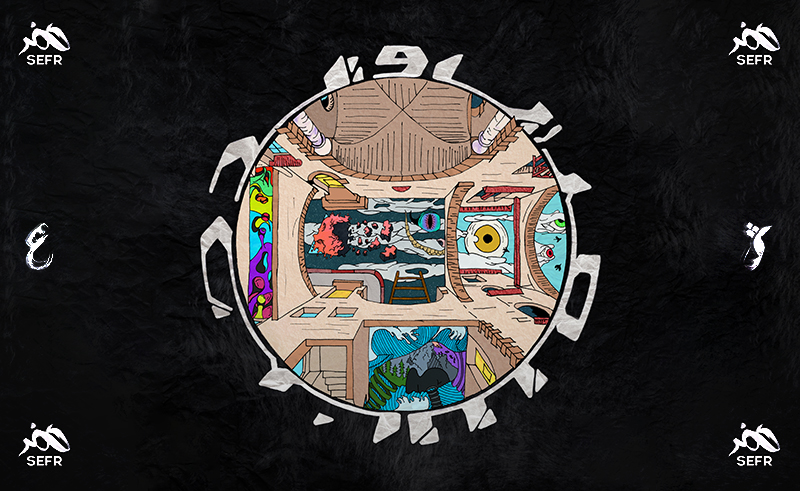 Not many record label founders can confidently say they never met each other in person or that they operate a record label 100% virtually, but Sefr Records and its founders are different. Growing up in regions of political turmoil and militant borders, Palestinian rapper Mohamed Jamil AKA She'rab and Syrian producer Abdo Ineni AKA Smokable crossed paths online in 2017 upon discovering each other's music. They both felt certain musical compatibility that had to be harnessed, a compatibility that saw its results flourish in their controversial rap debut of the same year She'rab and Smokable, the same album that kick started Sefr Records into existence.
From the layered experimental productions of Smokable - whose idea of creating rap beats involve heavy sampling, ambient soundscapes, contorting beats and electro-acoustic instrumentation to She'rab's evocative hard hitting rap bars that intersect Smokable's slick productions effortlessly, the sound of Sefr as a label was set, it became an inclusive music platform that sought to create a space for contemporary regional sound spheres to thrive. Upon releasing their first album, Sefr Records have been constantly putting out material, one release after the other - from Egyptian electronica duo Noiztatic's The Absent, to fellow Egyptian Besh's alternative rap release El Wesh El Tani, to Syrian ambient producer Eromoscape's After Death, to Smokable's conceptual triptych album Abad: Hell, Purgatory and Heaven and continual single releases from the likes of Jordanian rapper Shouly and more, it was evident that Sefr had no intentions of framing or limiting the sound pallet of their record label.
With only two years of experience, a versatile arsenal of artists and the profoundly intriguing case of operating a Syrian Palestenian musical label exclusively online, we had to understand the inner workings of this new typology that Sefr operates with - So we got to talk to the masterminds behind Sefr She'rab and Smokable who gave us valuable insight to such a fascinating case.
What was the starting point or the driving force that led to creation of Sefr?
Smokable: To destroy all predictability and to never compromise our music vision for the Middle East or the rest of the world, that is the guiding momentum behind Sefr's music philosophy. I mainly work as the executive music producer and engineer behind all Sefr's musical output. Our work as Sefr stems from the intent to construct a bridge of consciousness between Middle Eastern, European, and American artists.
She'rab: Sefr collaborates very intimately with the artists it chooses to work with, as the work for the albums and the singles is all produced, engineered, and visually designed in-house. In the beginning, the label started with our debut rap album She'rab and Smokable that came all the way from Syria and Ramallah in 2017, sparking controversy  and kick-starting Sefr's statements.. 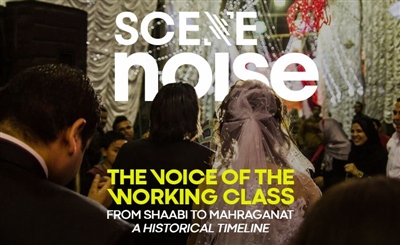 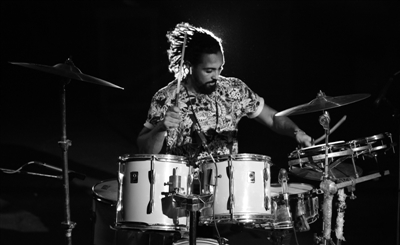