There’s never been a better time to dig into the Middle East’s rich musical history. Teaming up with Anghami, we’ve unearthed some of the grooviest Arab funk and disco artists from the 60s and 70s.
by SceneNoise Team 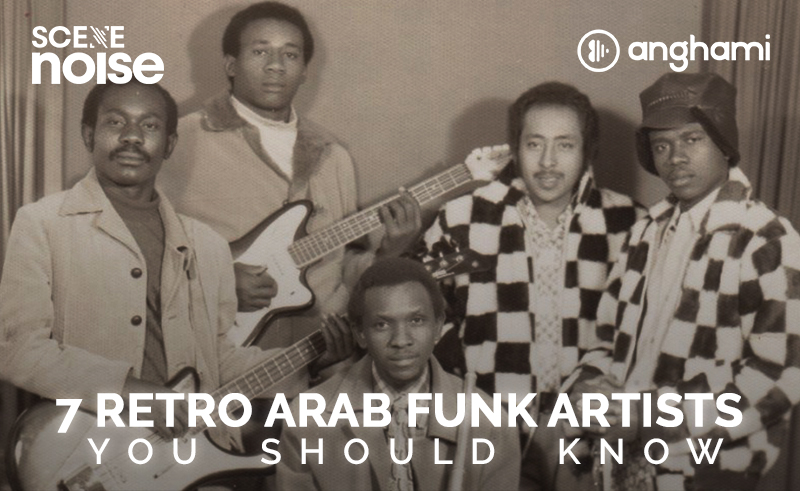 Funk and disco might not come to mind when you think of Middle Eastern music - but just ask your dad, and he’ll tell you about the heyday of experimental, groovy sounds that him and his mates used to buy on vinyl, probably wearing bell-bottom jeans while perfecting their Afros. ‘It was a different time,’ he’ll say. ‘Not like your crazy obscene music.’

We’ve teamed up with Anghami once more to help you unearth a catalogue of sounds, ranging from the psychedelic to the down-right-danceable, that’ll have you questioning what exactly Baba was up to when he was your age...

One of the iconic Rahbani Brothers who shot to fame composing music for the likes of Fairuz and Sabah, Elias’ went off on a bit of a tangent when it came to his solo releases. Between some children’s music and Tarab-style Big Band compositions, you’ll find some Funk tracks that wouldn’t be out of place on the dancefloors of 1970s New Orleans.

One of the undisputed pioneers of Arab World Music, Libyan Ahmed Fakroun is a multi-instrumentalist and vocalist who - with a long stint in Paris - has seamlessly blended elements of Libyan Folk music with the chilled out, funky vibes of 70s French Art Rock.

This Egyptian artists tracks are recgonisible to almost every Middle Eastern ear. A founding member of Les Petit Chats, despite having worked with the likes of Umm Kalthoum, Abdel Wahab and Farid El Atrash, his solo style was always a bit Psychedelic, experimental and way-before-its-time.

Blurring the lines between Funk, Jazz and Sudanese Folk, this ensemble will transport you back to the the 70s with wobbly riffs, big brass sounds and an IDGAF attitude.

This Tunisian quintet may have only released one EP in their short career, but rest assured it’s one you will have on repeat. Heavily influenced by the sounds of American 60s and 70s Funk and Soul, these tracks have stood the test of time.

Only recently unearthed by Habibi Funk, Issam Hajali’s solo work was previously only heard by the friends and family he had gifted cassette tapes to in Beirut in the late 70s. Now remastered, his spacey, chilled-out synthy Funk tunes are available for all to enjoy.

Influenced by the international Jazz scene that made its way to Downtown Khartoum in the 60s and 70s, this Sudanese artist still has a huge following today thanks to his unique blend of Funk and Folklore.