We caught up with the Tempo Dischi co-founder for our latest one-on-one. 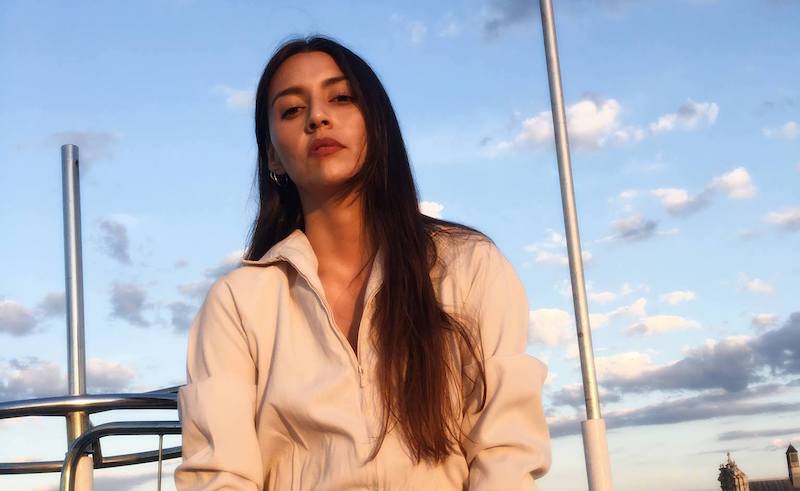 Milan-based Chilean artist, Paula Tape, began her career as a drummer in various metal and indie-electro bands back in Chile, before picking up DJing while studying fashion design. Her passion for digging up forgotten cuts fed her continuous research, pushing her to travel the world. After a brief stint in Barcelona, Paula opened her ear to Italo which led her to move to Milan, where she served a short spell as resident at Rollover Milano and co-founded Italo reissue label Tempo Dischi. After gracing our Select series with a guest mix for our 100th episode, we caught up with the rising artist for our latest Noise101 interview to talk about her fashion design background, Tempo Dischi, her connection to Milan and her sound.

Hi Paula, how have you been lately?

Lately I’ve been very well, but I feel a mix of very strong emotions. As you know I’m from Chile and at the moment things for my country are a bit difficult. I feel very divided between what's going on there and what's happening in my life here in Europe. Remaining focused on my projects this last period has been a bit difficult. Nonetheless, I keep going. I'm cooking new productions, my tour schedule is exciting and I’m feeling creative. It’s been a good year so far with shows - I’ve been to many new places and met many people...that's always motivating.

How do you feel about the protests at home in Chile? Do you feel detached as a result of living abroad, or do you feel able to connect with the cause through your music?

Inside I feel very much what is happening in Chile, even more because I can't see with my own eyes how serious it is there. Sometimes this makes me desperate. Still, I’m very excited to see how strong the people are with their demands, and with the hope of change and a new Chile. I am very proud of the strength in how they are manifesting and my heart is there even though I am far. Recently, I participated in a compilation to raise money for human rights and firefighters in Chile. It's available on bandcamp, entitled Awakening and includes a track of mine titled “Destapen". This has been one of the ways in which I can be present at this difficult time.

It seems that you have had a passion for the arts from an early age: what led you to choose to pursue a career in music, rather than in fashion design which you studied at college?

I was a little teenager playing drums in several bands with different genres, such as indie rock, post punk, electro pop and I was a excessively fond of music. Then I started college, and started working while continuing with my music stuff, but without being able to give it the right amount of my time. I felt guilty with myself for that so I decided to leave my country and life with the idea of giving 100% to music.

When did you move to Milan and why did you make that decision?

I moved there in 2015, after a short period in Barcelona. Why? I think destiny did some magic and took me there.

Where would you place your own sound?

I call it “electronico”, it’s a play on different words, you do the math. [Laughs]

Can you tell us about the main impetus behind the collective you are involved in, Tempo Dischi?

We wanted to give new life to some old music we loved, so we joined forces and Tempo Dischi appeared. The first record Steel Mind was not really known, but it sold out quickly. The second release is out now - the Automat LP and it’s doing very well.…it’s a must have record. The next one will be more DJ-friendly, a real groovy release is to be expected in early 2020.

You’re often travelling, is that what you enjoy doing in your free time?

I travel almost every weekend and when the week is not busy I enjoy my free time at home...I like being in my space, cooking, listening to music with no special purpose, tending to my plants, going to a museum during the weekend, and just roaming the city with headphones.

Can you explain your Soundcloud series 'Music for Plants'? What does it reveal about you?

Music for Plants is a monthly radio show I created for Radio Raheem and it's available on Soundcloud. I find that it reveals a piece of me and my taste - it’s a mix between the music I listen to at home and some beloved records I have discovered.

Do you have an exciting new project or vision coming up that you would like to share with us?

Yes! First of all I’m so excited to return to Chile after four years abroad...this will definitely broaden my vision. I can’t wait to go and see the people and places I love and party too! My first remix for Pascal Viscardi’s “Lluvia de Verano” on Born/Saft is out now, but it was actually made from the time of my “Agua Congas” release. For 2020 I have some new music coming out - I've been working on some club tracks that are quite different from my first release, which I‘m happy labels have picked up. Hopefully you’ll be dancing to them soon.

Does the near future seem to be largely focused on you growing as a DJ, or are you going to make time to work on your other artistic abilities, for example, fashion design?

Sometimes I think about the possibility of doing something related to fashion design and maybe connecting it to music, but for now I prefer to focus my creativity on music. I have projects I want to make happen, but who knows... never say never.

Do you think we'll see you here in the Middle East next year?

I hope so! I’m so curious to bring my music to the Middle East and see how you do the dance.