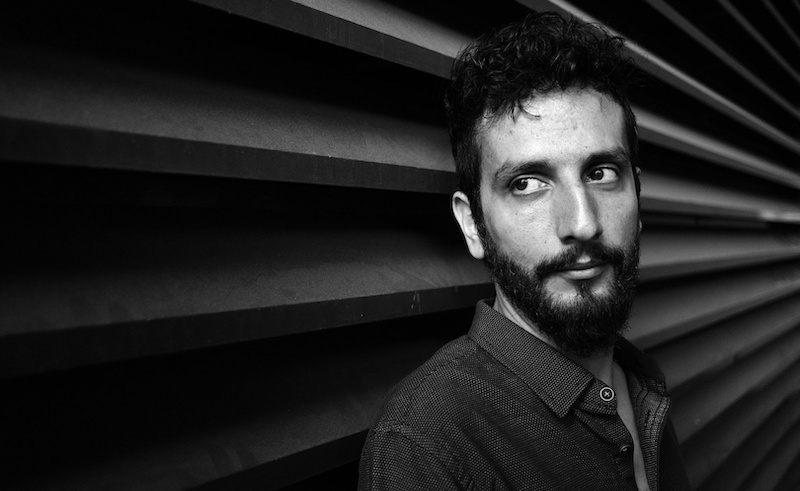 Paris-based Palestinian composer and pianist Faraj Suleiman is a jazz enthusiast at heart, yet he always flaunted an unrelenting interest in upholding Arabic, melodies and rhythms in his work for the first four albums of his career ranging from solo piano compositions to quartets, quintets, arrangements for choir and full orchestras. With his latest release Second Verse, Faraj entered a new phase of his career, one that clearly stands out in comparison to his previous sole-focus on composition, his new album highlights for the first time songs sung by himself.

Reaching out to him via e-mail about his new album, you get the sense that he is both happy and relieved that the album is out and presented in the way it was intended to be. “I was nervous at the beginning and kept asking myself ‘what am I doing?’ or whether I’m wasting my time during the whole recording period. Today I can say it was fun and an entirely different experience, and it taught me so many things about singing.”

His first album release was Login. His performance is unique and complex, he belongs amongst the most hailed pianists in the region. Growing up in Upper Galilee, he came in contact with music early on and developed his own distinctive sound as a pianist. His background is in classical music, which he combined with jazz, tango and other elements in his previous releases. He belongs to one of the few independent musicians who enrich the scene from outside the region and while he is currently based in Paris, Palestine never departured his identity or his work.

The new album Second Verse was made possible through a crowd-funding campaign, and in previous months, Faraj Suleiman joined the likes of Jowan Safadi, Rasha Nahas, Yousef Kekhia, 47Soul and others who financed their music through this method.

“It depends on the people, they can decide if it will be really a powerful way for artists to achieve goals or not, I really hope that they, or especially the Arab community will start feeling comfortable and support their own artists, like we see worldwide. And even more than that, I hope this kind of funding can be useful for other projects, not necessarily artistic.” In addition to his crowd-funding campaign the album was funded by the A. M. Qattan Foundation which was named after Abdel Mohsin Al-Qattan (1929-2017), born in Jaffa, which he first launched in 1993 in London and later continued in Palestine.

In most cases, crowd funding is a risky endeavor, because you never know when or how your campaign will be successful, due to the many factors at play. Second Verse is a new path for Faraj Suleiman to express his music and emotions. The album was named after the missing verse in his first song ‘Issa Jai’ (Bad Timing). “I play mostly original compositions, piano and orchestra which are strongly influenced by Arabic music and eastern rhythms, often using its scales and modalities. In addition to being inspired by Arabic culture, my music is also influenced by tango and jazz traditions. As an Arab musician trained in classical music, and as a pianist, I constantly search for new ways of offering piano works to ‘eastern ears’. I composed several works which have placed the ‘eastern’ piano at their centre, such as solo piano pieces, quartets, quintets, piano and four female voices and for a piano and orchestra.”

Between Palestine and Paris

Exploring Second Verse you can imagine that Suleiman derives his music from many genres. While he is mostly attached to Jazz, his songs remind you of French chansons, especially in the first two songs. Faraj Suleiman decided to call Paris his new home since last year.

He came to Paris through his residency at the Cité Internationale des Arts which was established in 1965. While being a Palestinian, he became a vital part outside his home country to develop his music for an Arab and international audience. This residency includes a lot of artists from the music and arts scene including musicians such as Egyptian saz player Abdallah Abozekry. He recorded Second Verse in Paris with a group of musicians who are based there. The musicians are Julien Alour (Trumpet), Antonin Fresson (Electric guitar), Côme Aguiar (Bass Guitar), Baptiste de Chabaneix (Drums) and Habib Hanna (oud). It was recorded by Julien Reyboz and mixed by Maikôl Seminatore. The songs were written by Majd Kayyal a Palestinian author born in Haifa, Amer Hiehel, Bashar Murkus, Habib Hanna and Adnan Al Aodeh.

Suleiman‘s stay at the residence developed his music skills and environment even more. His music is his whole being and this is even more present in his recent album. While songs have been quiet different from his instrumental music, it shows an expansion of his knowledge and repertoire in creating a new way of thinking about music and making it. His influences are not only coming from jazz, although this is directly present in his instrumentals. “I think my music is influenced by so many composers, from Bach to Piazzolla, little jazz elements, little rock elements, and of course Arabic music.”

His new album contains ten songs and runs less than 40 minutes. Those ten songs are a new way for Faraj Suleiman to present his music not only through his piano, but through his voice, singing about love, life and everything surrounding him. He didn‘t write the songs himself, others helped him with the lyrics and afterwards he composed and arranged the songs. Thinking about the songs, he writes that: “Right now I don’t know, normally I’m not a singer, I’m still thinking about it. People keep asking me to sing, even here in Europe I always find Arabs in my audience asking me to sing. I like to sing and I enjoy it, but will have to think more about it, it must not affect my instrumental project”.

The songs which are presented in this album are a transition for Suleiman, not only in composition, but in production and recording as well. It makes him think how to sing, and arrange songs with lyrics, something he was not used to before. You can clearly hear the experimentation in his songs, and in how they were produced. While they are an addition to his style, he is gifted in creating a way of singing alongside his piano. You can hear in this album how deeply connected he is with his music. He started to play music early on.

His first song “Mountain St.” was written by Majd Kayyal, and sets the chanson-like style of the album, which progresses throughout the album, adding layer upon layer with each song until it transforms into a very complex entity. Each song in the album has a different meaning, a different style and a different sound. “Each song paints a different idea, and a different picture without a definite message.” Faraj explained.

Between 2014 and 2019 he released five albums, including a children’s album. In such a short period of time, he developed and expanded his skills as a pianist and composer, making it clear that he belongs to a group of musicians who know what they’re doing, and are able to create a space for themselves to work on their music and their career against all odds. Not only is he active when it comes to his own work, but earlier this summer in London, he performed a tribute to Palestinian singer Rim Banna together with Lebanese musician Tania Saleh, Syrian MC Bu Kulthum and Tunisian singer Sabrine Jehani, who passed away last year. It is only the beginning for Faraj Suleiman, and after Second Verse he will continue his pursue musical journey through different avenues. 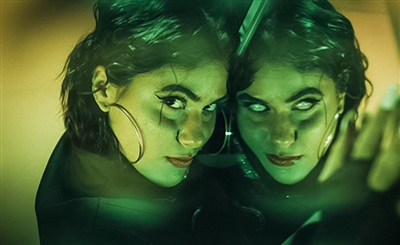