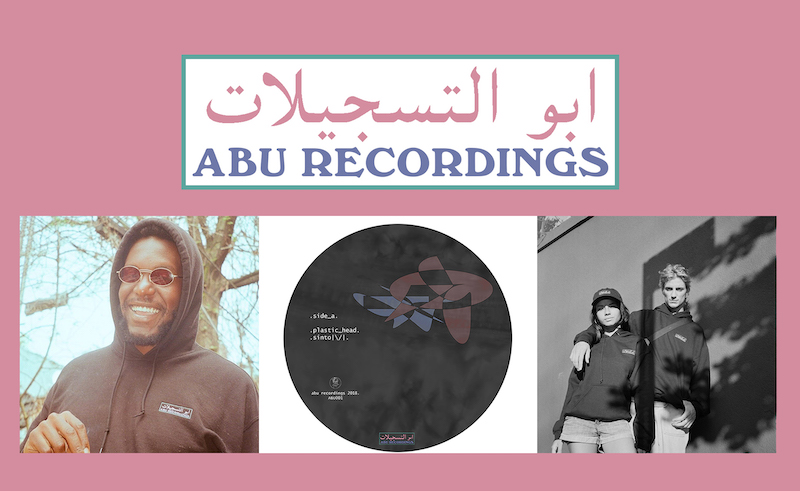 It all began in 2017, in a basement tucked away in Uptown Manhattan. Living together at the time, Congolese/Puerto Rican Bernard Itaka, under the alias Ibn Itaka, Lebanese-British Marek Razzouk, aka Musa, and American Aaron Jerome, or AXJ2000, were honing their sounds when they decided they wanted to govern themselves. Despite residing in a part of town somewhat isolated from New York’s artsy scene, Ibn Itaka, Marek and Jerome set out to create a space in which artistic creativity could be embraced and not forcefully altered. Their brainchild, Abu Recordings, is a family-style label made by artists, for artists; an independent label where the kinds of arrangements, collaborations and relationships between management and artists can be based around friendship, trust and flexibility.The world music aficionado Ibn Itaka, who at the time was working on his debut album Colores, became the label’s in-house producer, Marek its label head, and AXJ2000 the outfit’s electronic music curator. In late 2018, the label was joined by Paolo Grilli Cicilioni, a record producer and A+R raised in Dubai, along with Egyptian in-house sound engineer Mustafa Zaghloul, also raised in Dubai. Both have been heading the label’s New York operations since. While the impetus behind the creation of Abu Recordings might sound familiar, its core ideal is refreshing. Transfixed by '80s Arab sounds and visuals, with a specific admiration for the audacious eastern-western musical and cultural fusion created by Lebanese band Ferkat al Ard, the label’s members sought to emulate this spirit. Through a positive projection of Arab creativity, achieved via its on-point branding, marketing and imagery, the label showcases an eclectic array of international artists such as signees Colombian, Dubai-raised techno artist Isa Sanchez aka Minos and Error Subcutaneo, an electronic free jazz duo from the Dominican Republic. Their only criteria: quality music.Averse to limiting the scope of their pursuits, Abu Recordings have been branching out into events with their late “Abu Night Series” which saw its first edition take place on a Brooklyn rooftop in early October. Add to that their “Untitled Series” which comprises live jams played solely on analogue synthesisers. The series can be heard on Soundcloud with their latest offering by newly-signed, Montreal-based Palestinian producer Karim Atari. And last but not least, the merch, comprising vinyls, hoodies and tote bags etched with the label’s imprint – a sketched portrait of founder of modern medicine Abu Ali Sina and “Abu Tasjilat” (“Abu Recordings”) in Arabic script.There’s loads to come, in both the music and lifestyle domain. Abu Recordings will be releasing British/Egyptian rapper Malik Polo’s second, EP JOMO written in Egypt, in collaboration with the artist’s own label, Yout Dem Records, on 9th November. Brewing, is a joint project between Ibn Itaka and Palestinian rapper Shouly. Meanwhile, we can expect Vol. 2 of “Abu Night Series” and a highly-anticipated seasonal fashion collection comprising limited edition items made out of fabrics sourced from the Middle East. It would be mindless to not stay tuned. Follow Abu Recordings on Facebook, Instagram and Soundcloud.