How TikTok is Transforming The Arab Music Scene

TikTok has been changing the way artists get noticed online. Here we take a look at the different ways in which they have found success on the platform. 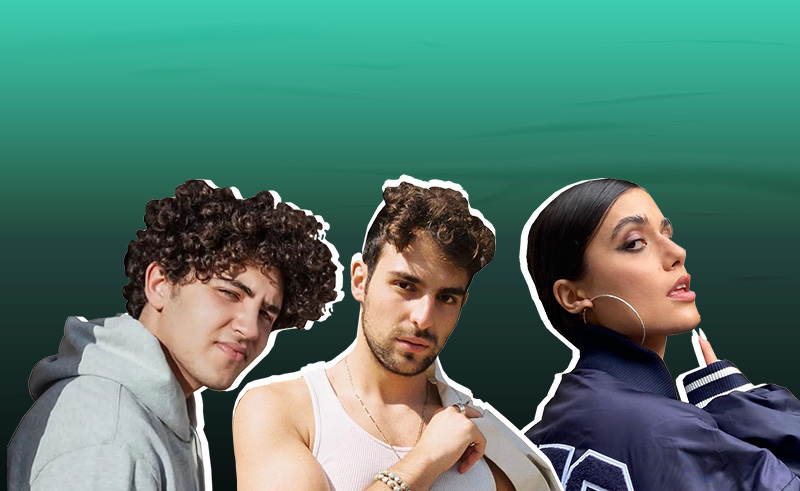 TikTok has become the emblem of a generation. In the wake of its rapid rise, we have seen Gen Z creating an endless amount of content through which they have built their identity, defined by their absurdist sense of humour, flashy fashion sense, and meme-based vocabulary. And while over 1 billion people are reportedly using the platform for hours on end, TikTok doesn’t come as naturally for people of a certain age. Instead, TikTok has become deeply connected to Gen Z’s identity while also changing the landscape for expression and discovery, particularly when it comes to music. In the MENA region, we have seen several Arab artists break through to reach virality with hits that have crossed over to international audiences.

The platform’s success, which led to Instagram launching a similar format with ‘Reels’, is revolutionising how we think about and consume media. It has done so largely by leading the way for short-form, vertically-filmed video content that caters to people’s media diets and attention spans. A format for creative expression that resonated particularly with wider Arab audiences - out of the TikTok’s one billion-plus users - reportedly Turkey, Saudi Arabia, Egypt, followed by Iraq have become some of the countries with the most users in 2022, with the US and Indonesia topping the list.

As the platform’s format and algorithm continues to influence multiple forms of content creation, music is no exception with TikTok becoming an indispensable tool for artists to reach more listeners, making it a leading discovery and distribution channel for Gen Z audiences.

Be it established pop and mahraganat artists like Mohamed Ramadan or Omar Kamal, or rising stars like Yassmin Ibrahim and Bsmalla Alaa musicians across the board are taking to TikTok, just to name a few who have broken number records on the platform this year, landing a spot in the top ten “Most Viewed Artists,” from the region. Meanwhile, some artists take to focusing on TikTok as much as, if not more than, other distribution services, such as rising Palestinian artist Saint Levant, who has been consistently releasing videos that are made specifically for the platform.

We have also seen artists using TikTok to build a following around themselves as content creators, rather than tie the platform to their musical releases. For example, artists such as Yassmin Ibrahim take to the platform to perform acoustic renditions and casual footage of themselves performing to reach audiences with their entertainment skills, rather than with their music videos or track releases.

Stylistic trends have also taken shape amidst the platform’s rapid rise, with many artists distributing music specifically formatted first for TikTok. The need to make an immediate impression has led to certain musical ideas gaining popularity, such as a hyper-focus on the stickiness of hooks, faster tempos, shorter run times, and more accessible sonics.

While this has affected what popular music sounds like and how it is shared, it shouldn’t be viewed as either good or bad, since music has always evolved to better suit advancing technology. Take Lo-Fi music for example, which arguably couldn’t have existed without YouTube, or ‘Soundcloud rappers’ who created a genre named after the platform, today’s TikTok pop stars are no different, simply adapting to how people are consuming music.

Even in the early days of the platform’s popularity, Arabic artists have been reaching international attention with hits such as Issam Najjar’s ‘Hadal Ahebek’, Lana Lubany’s ‘Sold’ or more recently, Saint Levant’s ‘Very Few Friends’.

The region has seen a fair amount of Arabic artists using the algorithm to their advantage, and whether or not you’re a fan of the music coming out of the platform,TikTok has already made its mark on the state of the music industry, as it is Gen Z’s turn to make music now, in whatever style they like.

According to the  2022 Year in Music on TikTok MENA report, “2022 saw a major rise in popularity for music created specifically for the platform, from sped-up remixes to open verse challenges to song-ified dialogue. TikTok didn't just amplify hits in 2022, it made them.”

Here’s a list of some of the leading artists on TikTok:

The Arab Risers - Artists with Most New Followers

The Region’s Hitmakers - Most Viewed Artists