The Jordanian/Palestinian rapper beat out the likes of The Synaptik and AlSarah & The Nubatones in YouSat’s first competition - but this signal is only the first of many more to come.
by SceneNoise Team 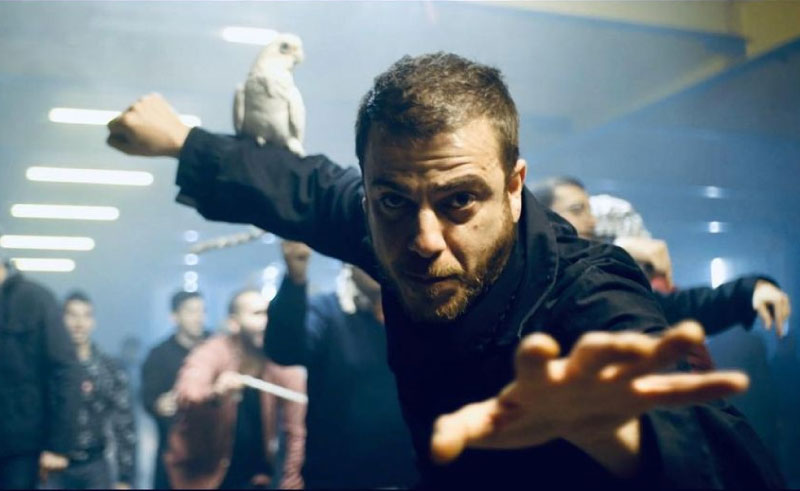 Hundreds of artist submissions were received, but only 64 artists competed. Hundreds of thousands of fans voted, but only one artist could be crowned the inaugural champion of YouSat’s Battle of the Rock music video competition. The first edition of many more similar competitions to come saw Jordanian-Palestinian rapper, ElFar3i, clinch the title, with the 47Soul member nabbing himself a grand prize of $10,000, a future YouSat-produced music video on the house and a complementary promotional campaign on social media and television that will aim to further his career as a solo artist.

Throughout the month of December, YouSat - a hybrid social media platform and satellite TV channel - pitted videos by some of the most popular independent artists across the region against each other in its YouRock segment, with the work of the likes of The Synaptik, Egypt’s Hisham Raptor and Sudan’s TooDope going through public votes and the opinions of several expert panels, with other notable names that took part in the competition including AlSarah & The Nubatones, Shebani, Tamtam.

Those panels featured one or two names names that you’ve probably heard of before, including Mr. X-to-the-Z, Xzibit, and the one and only Coolio, as well as the likes of UK industry veteran, Mark Hill of Artful Dodger, and guru of hip-hop in the Middle East, Big Hass.

Rappers seemed to dominate proceedings, with Morocco’s ILY and Syria’s Bu Kolthoum taking second and third place respectively, but the competition attracted musicians from all walks of life. Competitors included the likes of Egyptian singer, May Abdel Aziz; Syria's Ghalia; Egyptian-Nubian artist, Nesma Herky; the 2019 North African Music Artist of the Year, Nada Azhari, from Morocco; Universal-signed artist, Lea Makhloul, from Lebanon and many, many more, making it a truly kaleidoscopic and eclectic competition. There was even an entry from the UK, from Sam Way, while instrumentalists such as talented Lebanese violin virtuoso, Hanine, as well as Ahmed El Khouli, Youssef El Imam and Turkey-based Syrian, Omar Kilani.

But beyond the accolades and the rivalries, the competition has served to bring the regional scene a little bit closer. ElFar3i has expressed interest in potentially collaborating with Bu Kolthoum and Big Hass is intent on making May Abdel Aziz, big in his native Saudi Arabia after being impressed with her. Even Xzibit seems to have taken a fancy to ElFar3i’s 47Soul and mentioned that we could entertain the idea of a collaboration with the band...

What the competition also served to do is provide exposure to some of the region's most talented, under-the-radar artists, while also exposing said artists to each other. It all feeds into YouSat’s goal of providing a platform to those who deserve it most, giving them complete freedom to upload their content for broadcast on the YouSat channel.

The response from independent and underground artists from across the region speaks volumes for the concept, making it all the more remarkable that YouSat only launched four months or so ago. Offering the freedom and ownership you get with social media, with the global reach and easy-access of satellite TV, YouSat has quickly emerged as an ideal avenue for artists to reach wider audiences without the help of PR companies and without the hindrance of dreaded algorithms. Currently available via NileSat (as well as via streaming through its website and Facebook page), YouSat is poised for a huge 2021, when it will begin to broadcast to every continent on the planet.

A potential game changer for musicians and content creators alike, the potential is limitless and it’s been a breath of fresh air for fans pining for the heyday of MTV. As for the competition, well it’s been such a runaway success that there are more in the works, including a soon-to-be-launched short film competition, with Hollywood celebrity judges, that’s shaping up to be huge. Don’t take our word for it, though - let Xzibit get you excited: