10 Tracks to Hook You on the Egyptian Hip Hop Scene

Though you might not know it, there are many hard hitting rap and hip hop artists coming up in Egypt. 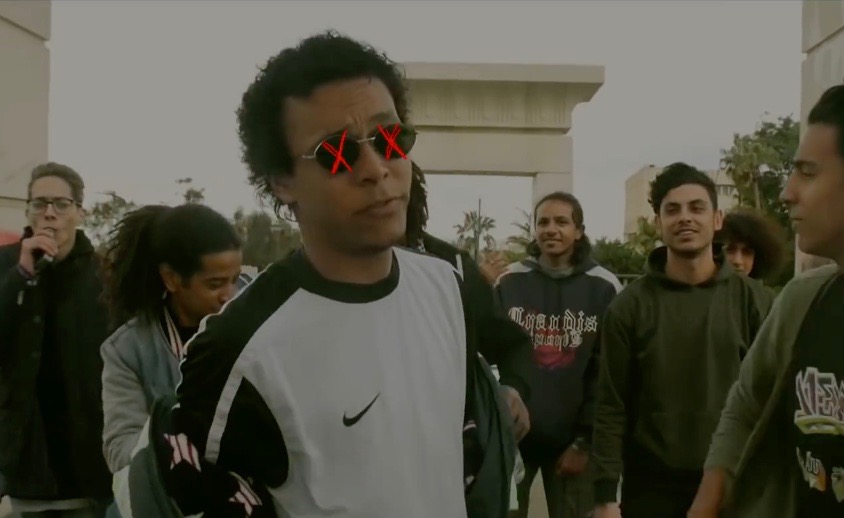 Since rap and hip hop began to seep into Egypt's urban environment, it has stayed relatively underground. However, in the past few years the scene has began to emerge more and more into the spotlight, pushed by a handful of passionate artists. The scene continues to bloom, widely influenced by the dark and gripping trap sound that has feverishly taken hold of the world, and is gaining a foothold in the wider Middle Eastern scene. Here are a few names and tracks to get you acquainted with the flourishing hip hop scene in Egypt.
1- Marwan Pablo - "El 8olaf x Ozoris"
Pablo is a rapper and producer; the god of Egyptian trap. At one point under the monicher of Dama, he decided to disappear and reinvent himself. He came back with the single “Al Gholaf X Ozoris” under the name of Pablo. The music will hold your ear, keeping you under its spell till the very end. Halfway through the track, the mood totally drifts and you fall under the influence of the lyrics. His music draws a lot of fans of mahraganat.
Follow Marwan Pablo on Soundcloud.
2- Marwan Moussa - "Elly Nseto"
Rapper/producer Marwan Mousa released his debut album early 2018, which was successful because of its distinctive sound. Moussa was also the producer of Abyusif ’s track “Baghbaghan” that hit the 1M listeners benchmark. What makes Moussa special among the regional rap scene is his ability to sing and not only rap, which makes his music more ear-friendly for many people.
Follow Marwan Moussa on Soundcloud.
3- MC Hook - "Sharp Blade لسان حاد"
Rapper/producer MC Hook’s lyrics are different than the ones you’ll find in the scene, and only a few rappers do the boombap like Adham Gorilla. Though he hasn't released much, he is currently focusing on an album and collaborating with Lebanese rapper/producer Hamorabi. He carries Sean P’s vibes and this is what makes him unique in the scene. His rap is not widespread in the region, and you rarely find a boombap track, especially since trap is the dominating genre in Egypt.
Follow MC Hook on Soundcloud.
4- Abyusif - "Azrail عزرائيل"
Abyusif’s name is the most known amongst the Egyptian rap scene. His latest single "Azrail" is next level. The simplicity of the drums help listeners to focus on Abyusif’s writing and rapping skills, and his way of using multi-syllables and wordplay.
Follow Abyusif on Soundcloud.
5- Wegz - "T.N.T."
Wegz is a new generation rapper who made his appearance late 2017 with T.N.T. He succeeded in using the beat that was produced by L5. Even if another rapper used these lines, he wouldn’t have delivered them in the same dope way. T.N.T. delivers dope Egyptian trap making maximum use of his vocal skills and creative autotune.
Follow Wegz on Soundcloud.
6- R-Rhyme - "Musicaine"

R Rhyme is one of the best when it comes to Egyptian mumble rap. If you can’t identify the words, no big deal - It’s not a must anymore to identify the lyrics of a track in the 21st century. R Rhyme has made a lot of tracks and all of them were up to standard. His flow is the thing that makes him unique, especially that the mumble rap is not that popular in the Egyptian scene.

Lou Panda’s track featuring L5 is also produced by L5, and this is some serious underground rap. L5’s raspy vocals with the drums create a state of disarray. Does he feel stifled by Egyptian rap? Or is he fed up from the Egyptian rap scene being underground, especially given the fact that there is an absence of melodies that convey the feeling of suffocation. We’re satisfied with the course and how it matches with the drums.

Mado $am and Nuub collaborated on the track "Sa7by" from Mado’s debut album. The trap album is a quality one as it represents the modern image of Egyptian trap, and this is an indicator that rap music isn’t only limited to Cairo and Alexandria, but present in other cities too such as Suez.
Follow Mado $am on Soundcloud.
Follow Nuub on Soundcloud.
9- XVN Diego - "K A L A M FT. Neon"
Neon and Diego collaborated on a new track produced by Neon. This single is the proof that the new generation of rappers are changing traditional rap in the Egyptian scene. It’s becoming less raw and the vocals are more melodic. Lyrics can be perceived by each listener in a different way and can hold a different meaning for everyone.
Follow XVN Diego on Soundcloud.
10- Lege-Cy - "2:00 am"

Lege-Cy was originally a producer but decided to start rapping, especially in his latest tracks. No matter what his musical direction is, he always brings something new to the table. Lege-Cy succeeded to create a musical state from this track, especially that it is new to the scene. It’s always good to innovate when it comes to music, and mix trap with R&B. This shows how urban music is spreading in Egypt.