Born and raised in Cairo, Egypt, Klady began his musical adventure as a bass guitarist in Cairo’s growing rock and indie scene. Experimenting with synths and drum machines he was quickly drawn by the freedom offered by electronic music, starting his own production and an electronic music band by 2005. The pivotal moment in this journey was his move to London in 2007, where Klady the DJ was born. Alongside his solo work, Klady teamed up with Aggi to form ‘Alif Groove’ playing in many of London’s pioneering dance venues; Cafe 1001, Rhythm Factory, Egg, and The End. Frequenting the warehouses and clubs of East London. Not believing in genres or trends, Klady’s sound has risen atop the crest of East London’s musical wave, drawing from techno to deep, from Nu disco to downtempo. Klady is co-founder of Cairo event series and label Cache. 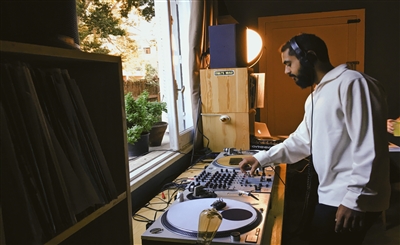