Born in Cairo, Egypt, DJ Junior the sound traveler was grown between Helsinki, Cairo and Budapest; his early years were a hot pursuit of the underground dance movement wherever the flights took him By the age of 19, DJ Junior was Egypt’s most renowned DJ, being side by side with all the heavyweight visitors including Sasha, Tiesto, Steve Lawler, Deep Dish, Dubfire, Sharam, Roger Sanchez, Sander Kleinenberg and many more, as well as having his own nights in different spots in Cairo and Sharm El-Sheikh on the Red Sea. Junior also represented the colossal Global Underground and Renaissance in Egypt as a promoter and a producer, which never stopped him from being on the decks in the gigs. “Ibiza Boy”, as some of his friends call him, was introduced as the Amnesia World Tour manager in Egypt throwing their gigs in every city, this introduction led to mind blowing DJ sets from Junior in the Islands biggest brand house music Party “Amnesia Foam Party” along with the world famous Amnesia residents for 5 years in a row. His ethnic vocal acapellas and twisted deep sounds brought many surprises to the dance floor as it was flooding with more than 8000 people, the Ibiza phenomena never stopped at Amnesia borders but was extended to Bora Bora and Pacha. Being famous for his sound diversity, dance floor energy and his sweet mix of deep progressive and funky electro house he toured Europe starting from Spain, through Finland, Sweden, Norway ending up in Budapest in addition to his several gigs in the Middle East. DJ Junior was twice voted Egypt’s Number 1 DJ by Lounge and Charisma Magazines, he owns the grooviest underground dance music ingredients, no supermarket music on the menu, sounds that rocked more than 10,000 people. 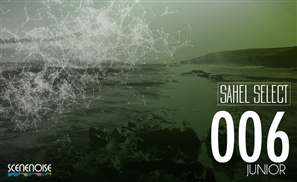