Hania Shalaby is an Egyptian electronic music producer based in Cairo who grew up with an older brother that exposed her since a very early age to the vast world of electronic music, specifically house. That was the kickstart to her love for music until she left herself vulnerable to it. “a huge realization I came to was that it was music that started making me at the age of 8.” She got into production only a year and a half ago to reach a quality that only a talented self-taught producer would reach at this period of time and signed her first track in the Alexandrian label Xndria. As a girl, Hania is trying to sail her way into the Egyptian underground industry by using Soundcloud as a platform to express herself and her emotions through the music she releases. 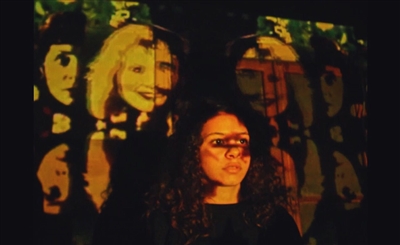 Hania's Latest Release is a Techno Trip to the Netherworld