Coke Machine is a shoegaze inspired post-punk duo made up of Kamal Tabikha on guitar and bass and Zeina Aly on vocals. The duo formed in 2013 after meeting in art class at AUC, and have since released four EPs, their most recent titled My Friend. In their music, they use the city as their focal point, aiming to “explore ideas or power dynamics that exist within our cultural identity, where the facade sort of collapses on itself, where the aberrations in logic play out in our immediate situation, or in the mundane.” 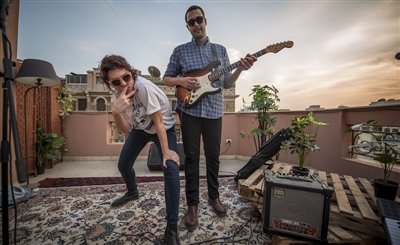