Adam Rahman is a DJ and producer based out of Dubai, having relocated from India, he has been pushing the techno scene in India since 1999 and Middle East since 2004. Adam launched "Warped" in 2004 in Dubai among other electronic music brands in the city. "Warped" celebrated 10 years in 2014 and now the brand hosts one off parties in Dubai making it one of the oldest techno night's in the city, WARPED has also hosted events in India since 2008. His love for Techno is a no brainer. He has had two releases so far on the UK’s Bootleg Social Records and Dutch label Techfui. His talent has enabled him to perform at prestigious events, festivals and clubs like, Groove On The Grass, Go Madras in India, the Beirut Music Conference, Griessmuelhe and Sage Club in Berlin. Having performed alongside Techno heavyweights Sven Vath, Chris Liebing, Adam Beyer, Felix Krocher, Kevin Saunderson, Derrick May, Carl Craig, Anja Schneider, Marco Carola. to name a few there is no doubt that Adam is one of Dubai's best kept secrets. 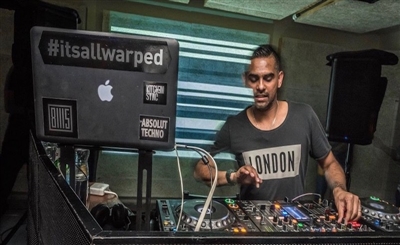