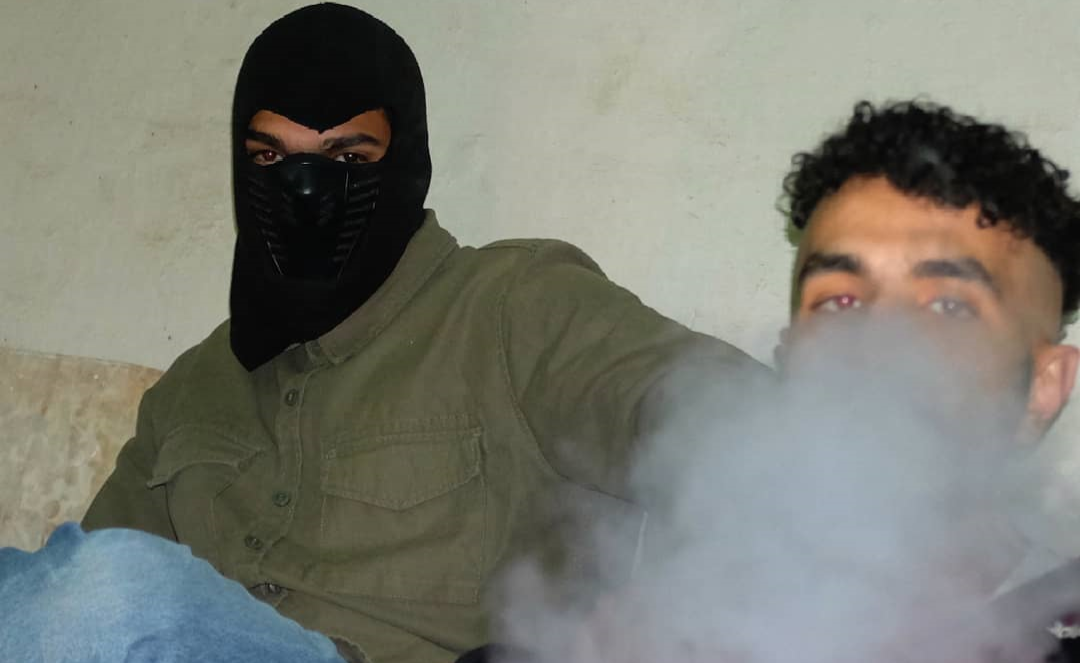 Released on Cairo/London label, ANBA, the four-track record maintains the repetitious, bass-driven progression and aberrant beats that anchored ‘Labash’, but Suleiman tugs and teases throughout, moulding the distinctive approach into differing sounds.

EP opener, ‘Athgal Damm’, acts as something of a soft intro to unrelenting musical journey to come, with dramatic, slow synth keys weaved into a droning bassline and fluctuating beats to form some kind of unholy fusion of the ethereal and the industrial, the ambient and the urban.

Things take turn for the grungier in ‘Labash’, with more of that filthy bass and unpredictable beat patterning and distorted guitars breaking into a whaling instrumental in the last third of the track. It’s in track number three, ‘El Burj’, that Suleiman’s rapping shines most, his melodic and shifting delivery benefitting from a steadier beat that wouldn’t be amiss blaring out of speakers at a club. Suleiman’s delivery is also on-point in closing track, ‘Fesh Lom’, though it’s his rapping that acts as a centrepiece to the song, the beats fitting around the wistful and ominous poetry that runs throughout the EP.

Throughout his body of work, Suleiman has played divine creator of the experimentally dark and the abrasively melancholic, most prolifically in the realm of trip-hop. Lal Bazam is a whole new beast, not just placing Lil Asaf left-field of Suleiman’s already existing musical eccentricities, but in a poetically grungy and richly dark fourth dimension.

It’s not an easy EP to listen to, mind you. It demands undivided attention and even a kind of visceral engagement. Background music this ain’t.