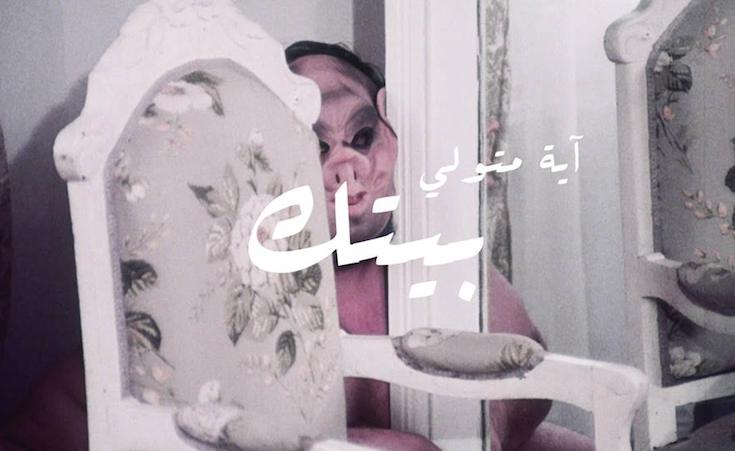 In the last days of 2016, Egyptian experimental anti-pop producer and vocalist Aya Metwalli released her first fully formed EP titled Beitak; it is a spine-chilling showcase of the artist’s sonic prowess as both a producer and a songwriter. Meticulously considering her layers of production, Metwalli glides between genres as usual, blending together post-punk, dark wave, and trip hop influences to create a heavily textured debut.
Starting off the EP is Fein Enta where Metwalli shows creative restraint, using her vocals sporadically but sampling her voice instrumentally, a technique she uses throughout. For example, she closes the EP with Manyaka – a track that lives up to its title. It has a palpable intensity as Metwalli uses connotation-focused spoken word that she breaks up with soulful moans - adding some much-appreciated melodic relief when paired with its minimal bass line.

The second song and title track Beitak, adds a nice progression to the EP, slowly building up from two keys and a vocal to a bass drum that kicks in later through the track. Any hardcore Metwalli fan will know that Beitak isn’t actually a new release but a reworked version of Exorcism and Aftermath; a song Metwalli previously released on her Youtube channel alongside an experimental DIY video. There have been a few tweaks here and there, the most obvious being the delayed drop of the bass drum, creating a more mature version for the EP. Like a horror film score, Beitak as an EP in its entirety is haunting, atmospheric and all encompassing. Vomit – the fourth song on the EP – is a great example of this. Alternating between humming and singing ethereally, Metwalli seems taunted by someone’s smell not leaving her clothes. We hear this in her tone especially as she ends the song screaming, “3ayez menny ehhhhh?” Metwalli pairs a bluesy bass line with screeching guitars, suspenseful keys, and atmospheric noise; you end up feeling like you’re either stuck in the middle of nowhere or in an inescapable loop of thought.

This anxious mood continues on throughout the interlude and into All The Gold On Earth. The track revolves around two sentences where Metwalli equates a person’s death to that of a star. Singing it delicately and in an escalating pitch (almost like a singing exercise) she adds to the surrealness of the track.

A self-confessed one (wo)man show, Metwalli proves herself to be one of the key players in the Middle Eastern alternative music scene. Her sound and innovation is world class, kind of like an Arabic speaking Warpaint minus all the faff of a four-piece band. Comparisons aside, it is evident that Beitak’s success is due to it being a deeply personal labour of some sort of love or anxiety and it is a scarred triumph for the artist.